Wednesday, June 3
You are at:Home»News»Crime»Dzuraidi: Police to continue carrying out aggressive operation against drug menace in state 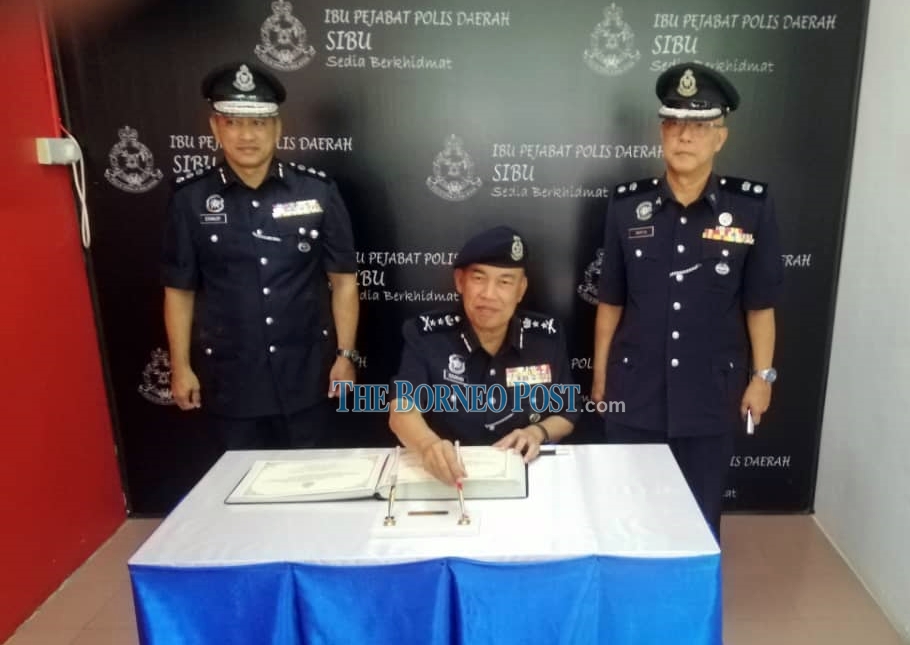 Dzuraidi (centre) signing the visitor’s book at the Sibu Police Headquarters. He was accompanied by Stanley (left) and Koo.

SIBU: Sarawak Deputy Commissioner of Police Datuk Pahlawan Mohd Dzuraidi Ibrahim said the police will continue to carry out aggressive operation in an effort to tackle the drugs menace in the state.

He said there was an increase of drug cases in the state based on the number of arrests this year as compared to the same period last year.

“However, the situation is fully under control,” he assured reporters during his working visit here this morning.

To overcome the problem, he suggested school authorities play an important role to guide students to get away from being involved in drugs abuse.

“Children must be taught young to get away from the drug menace,” he said.

Dzuraidi said drugs will not only kill the drug addicts but will also destroy their families and the community.

He said the police will work with the relevant government agencies in their effort to wipe out the drug menace.

On the crime-index rate, he said they had also achieved a targeted rate of -3.6 per cent as of today.