Wednesday, January 22
You are at:Home»News»Nation»Motion on redelineation of Sabah electoral boundaries approved by Parliament 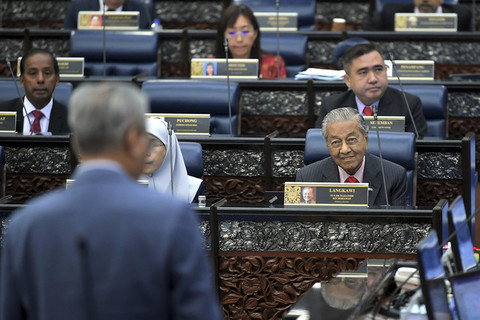 KUALA LUMPUR: The Parliament yesterday passed the motion of the  proposed redelineation of electoral boundaries in Sabah.

The motion, which involves adding 13 state seats was tabled by Prime Minister Tun Dr Mahathir Mohamad for the second reading and was passed with 158 of the 222  MPs supporting it in block voting.

It only required a simple majority to be passed. It was approved almost three years after the Sabah State Assembly passed an amendment bill to amend Article  14 Clause (2) of the Sabah Constitution to increase the number of state elected representatives to 73, from 60, on Oct 9, 2016.

Prior to that, The Election Commission (EC) had completed a report on the delineation exercise and submitted it to then prime minister Datuk Seri Najib Tun Razak on Feb 21, 2017, but no motion was made to table it in the Dewan Rakyat when the  Barisan Nasional was in power both the federal level and in Sabah (before the 14th general election in May last year)..