Friday, July 10
You are at:Home»News»Sabah»PBS calls for more parliamentary seats 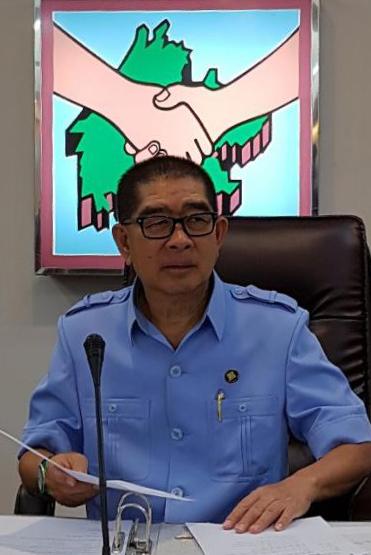 “We (PBS) had always supported the Election Commission’s (EC) plan to review constituency delineation and create new state seats, but believe parliamentary  constituencies must also be done to meet the current and increasing needs of the people, economic growth and their legal requirements,” said its president, Datuk Seri Dr Maximus Ongkili.

The Kota Marudu Member of Parliament added that the proposed creation of 13 new state seats was actually well overdue and should have been passed by Parliament earlier so it can be utilised during the 14th general election (GE14).

“Voters have increased, constituents’ basic needs have grown, towns have developed, hence demands for political leadership are huge,” he explained.

Ongkili said in reviewing the parliamentary constituencies, both the Sabah EC and Federal Government must also take into account the Malaysia Agreement 1963 (MA63) and the Inter-Government Committee (IGC) Report, which  specified the total parliamentary seats for Sabah and Sarawak should be at least one-third (or 33 per cent) of the total seats in Parliament.

“This must be complied to fulfil the demands of the MA63,” he stressed.

In implementing the formation of the 13 new state constituencies, Ongkili said PBS reiterated their demand that care and caution of the highest order must be exercised in registration of new voters, especially youths that are planned to be registered automatically upon turning 18 years old.

“We request, again, to postpone the automatic registration until the Sabah electoral rolls are fully cleaned up,” he said.

Malaysia’s 211 lawmakers on Tuesday approved a legal amendment to lower the voting age to 18, from 21 previously.

The amendment also included provisions for voters to be automatically registered on electoral rolls and for candidates to be eligible to stand for election from 18 years of age.