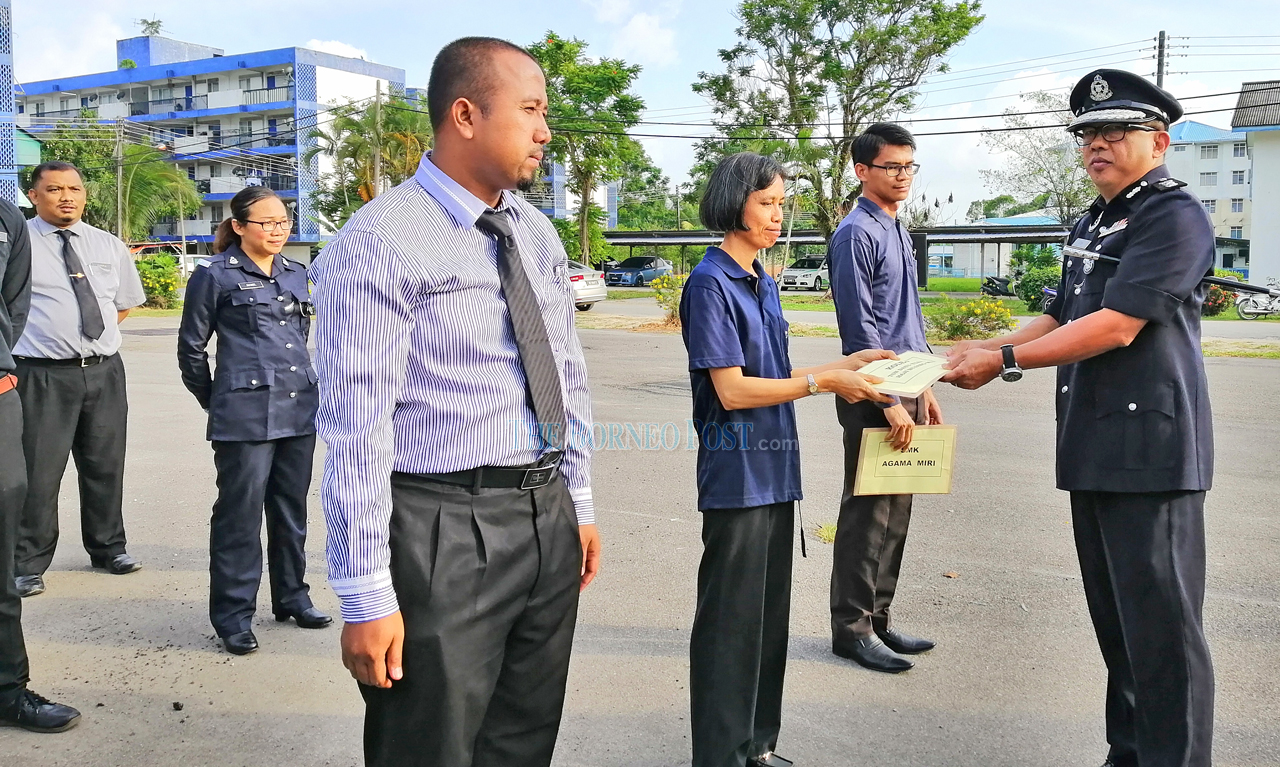 Lim presents certificate to representative of a school taking part in the parade.

MIRI: Police are tracing the remaining suspect who has gone into hiding following a video footage of him and four others allegedly bullying a 13-year-old boy at an empty house here on July 8.

“We have arrested four suspects aged between 15 and 17 years to facilitate police investigation. But, even though we are still tracing one more suspect, we regard this case as solved,” said Lim when met after witnessing a parade to mark the 49th Police Cadet Corps here yesterday.

A video footage of five teenagers punching and kicking a boy went viral on Facebook and Whatsapp on Monday night.

Prior to the video being circulated on social networking sites, the father of one of the suspects lodged a police report on July 15 after he was shown the video of his son punching another boy on his daughter’s handphone.

The victim’s mother also lodged a police report after she saw that it was her son who was being punched in the video recording.

One of the suspects is a secondary school student while the other four are former students of the same school.

Meanwhile, three of the four suspects caught have been remanded for two days to facilitate police investigation under Section 147 of the Penal Code for rioting. The other one is released on police bail.

A total of 228 students (police cadet) from 19 secondary schools here took part in the parade.