Wednesday, June 23
You are at:Home»News»Sabah»Pressing need to increase State seats to 73 – Liew 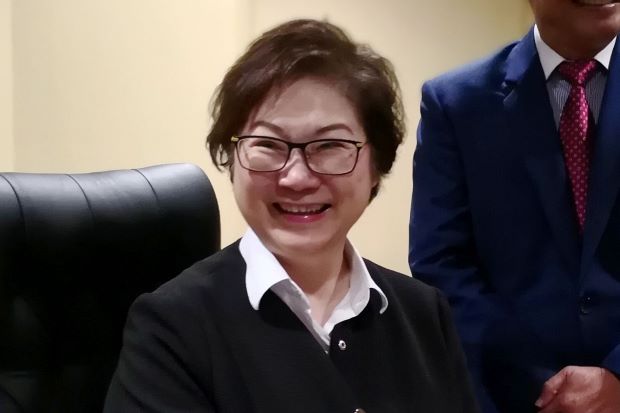 KOTA KINABALU: Given the vast extent of land making Sabah among the largest states in Malaysia, its geographical factor has caused the population distribution to be complex in nature.

Member of Parliament for Tawau, Datuk Christina Liew, stressed that this state of affairs, coupled with state development plans under the Warisan-led government since taking over power in May 2018, has given rise to the pressing need for creating 13 new state seats for the Sabah Legislative Assembly.

In retrospect, she said in August 2016, the State Assembly passed an amendment to the State Constitution to allow for the 13 new seats to be created. This was gazetted after the Head of State gave his consent by the end of the year.

“The Sabah State Government advocates and hails the creation of the 13 new seats. It is imperative that we carry out this exercise in an effort to balance the need and allotment of development that is actively being devised by the State Government.

“If we increase the state seats in the State Assembly from 60 to 73, the wakil-wakil rakyat (people’s representatives) will be able to focus and administer their areas more efficiently.

“With special attention given by the people’s representatives in the respective state constituencies, the rakyat’s well-being will be assured,” she said while debating on the Bill to increase the number of state seats from 60 to 73 at the Dewan Rakyat sitting on Wednesday.

Liew, who is also Api-Api assemblywoman, cited the population increase factor in Sabah in recent years, saying statistics show an upward trend, particularly in the main towns, resulting from a rise in the number of Malaysians from the Peninsula, who decided to work in the State or settle down here after marrying locals.

She noted that young Sabahans working in the Peninsula have started returning to Sabah to take up job opportunities that will be provided by the new Sabah government under the stewardship of Chief Minister Datuk Seri Mohd Shafie Haji Apdal.

“This is our dream and the wish of original Sabahans that employment opportunities be created in their own places.”

“In other words, the development plan (DP) for each division and constituency will be made easier and more systematic.”

The MP for Tawau contended that the existence of 13 state seats will indirectly augment the number of area leadership councils and district councils such as Majlis Pengurusan Komuniti Kampung (MPKK) and Pemimpin Pembangunan Masyarakat (PPM).

“Detailing of the administration of a certain neighbourhood or village settlement in a particular State constituency will be easier. Planned development projects can be implemented. Stunted or abandoned development (legacy of the previous government) can be continued for completion,” she said.

From her observation, the division of areas under the 13 state seats will facilitate the realisation of planned development according to the sector suitable for each area.

“Furthermore, with a larger State Assembly, the government will have a team that is complete, strong and efficient. The issue of people’s representatives failing to go down to the ground, and thereby neglecting development needs, can be avoided, given the possibility of having an expanded and balanced development for any state constituency,” Liew added.

She is also of the view that the system of security control and people’s well-being will be carried out accordingly by ensuring that all state constituencies, including the 13 new seats, will be equipped with police stations, fire and rescue stations, hospitals, state constituency service centres and the like.

“Hopefully, there will no longer be any situation of being left behind in the administration of state constituencies, that was neglected by the previous government.”

Another point of observation is that the creation of additional seats could be a strategy to flush out undocumented foreigners and illegal immigrants.

Liew believes that once the 13 new seats have been gazetted, the Election Commission (EC) and National Registration Department  will review the electoral roll for Sabah and make the necessary changes in updating the list of registered voters.

This move, she said, will facilitate the process of identifying any overlapping of valid voters as well as detecting the presence of dubious voters (if any).

In conclusion, the MP for Tawau said: “On behalf of the Sabah State Government, I hope the EC and other relevant agencies will do their level best in addressing the issues. It is also my aspiration that the emergence of the 13 new state seats will further accelerate Sabah’s sustainable development and further enhance its socio-economic status.