Friday, July 10
You are at:Home»News»Sabah»Soldier, pillion rider killed in crash 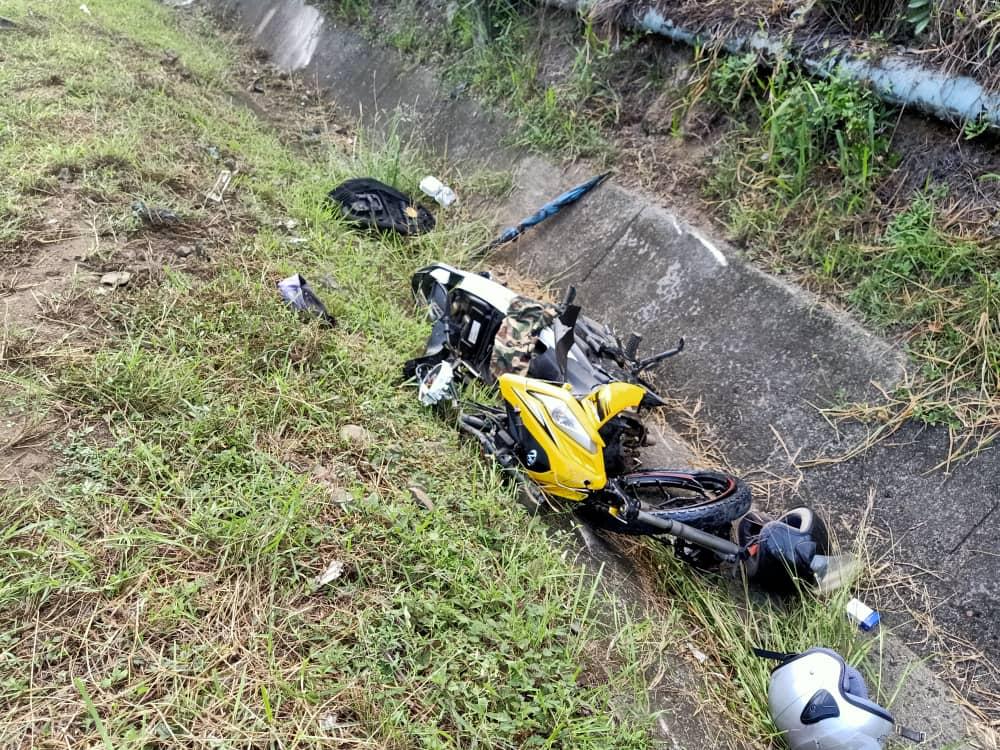 The victims’ motorcycle inside a drain at Jalan Lebak Moyoh in Kota Belud.

KOTA BELUD: A soldier from Kem Paradise Kota Belud and his pillion rider were killed when their motorcycle knocked a Honda car along Jalan Lebak Moyoh here yesterday

The victims were identified as soldier John bin Intap, 38, and Mellin binti Gisos, 37.

John was pronounced dead at the scene while Mellin succumbed to her injuries at the Kota Belud Hospital.

District police chief Superintendent Mohd Zaidi Abdullah said the incident happened around 8.30am when the Honda car, driven by a 19-year-old student and heading to SMK Arshad Kota Belud from Taman Nikmat, allegedly swerved into the opposite lane and into the motorcycle path.

Both John and Mellin were thrown from their motorcycle and landed in a drain by the roadside.

The Honda driver and his 15-year-old sister only sustained minor injuries and were given outpatient treatment, said Zaidi.