Sunday, July 12
You are at:Home»News»Sabah»Student among two motorcyclists killed 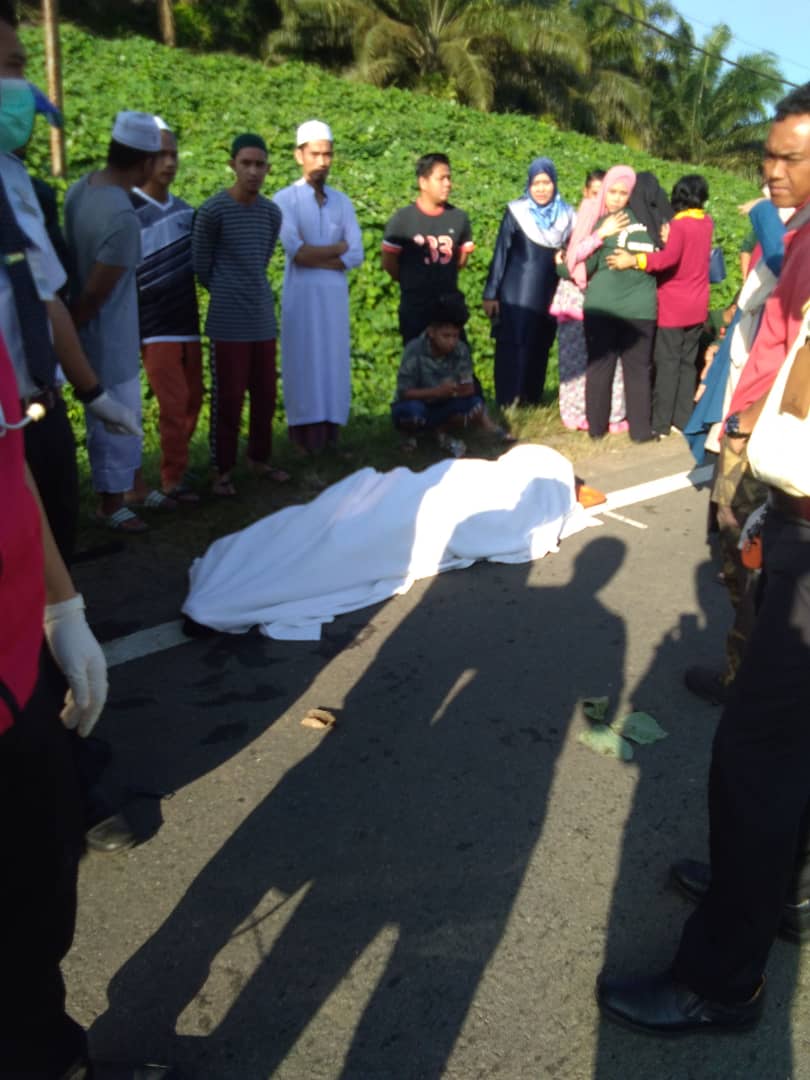 The student’s body at the scene of the accident at Kampung Indah, Merotai-Tawau Road yesterday.

TAWAU: A Form six student of SMK Abaka was killed in an accident at Kampung Indah, Merotai-Tawau Road yesterday morning.

District police chief ACP Peter AK Umbuas said the 18-year-old victim’s motorcycle was knocked by a Perodua Myvi driven by a 27-year-old man in the 7am incident.

He said the car heading from Felda Umas to Tawau was trying to overtake a lorry but failed and collided with the motorcycle.

Both the car and the victim ended up in a ditch. The victim was pronounced dead at the scene.

Peter said preliminary investigation found the cause of the accident was due to the negligence of the driver who overtook without ensuring whether it was safe to do so.

The driver has been detained and the case is being investigated under Section 41(1) Road Transport Act 1987.

In another fatal mishap, a 60-year-old Indonesian motorcyclist was killed after he was rammed by a car at Kilometre 35 of the Semporna-Tawau road on Tuesday afternoon.

Semporna police chief Superintendent Sabarudin Rahmat said the Proton Wira car was on the way to Tawau from Semporna when the accident happened around 3pm.

The driver was overtaking a vehicle in front as the motorcyclist was making a right turn at a road junction.

He was unable to avoid the motorcyclist in view of the close proximity. The victim was thrown off the bike and died on the spot while the car driver escaped unhurt.

Sabarudin said the accident is being investigated under Section 41 (1) of the Road Transport Act 1987.

Previous ArticleWill automatic voter registration be in time for next Sarawak election?
Next Article Pressing need to increase State seats to 73 – Liew