Monday, July 13
You are at:Home»News»Sabah»Mohd Shafie stresses importance of security for Sabah 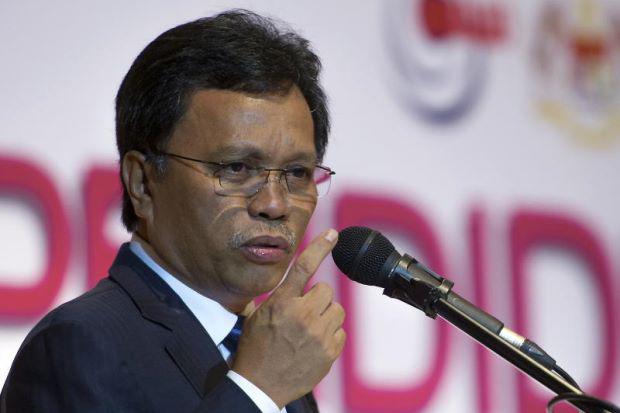 KOTA KINABALU: Security is a serious matter in Sabah and should not be taken lightly as security issues are a real threat not just for the people of Sabah but also for the country, Chief Minister Datuk Seri Mohd Shafie Apdal said yesterday.

He said security issues could hamper economic development and investment, especially in the east coast of Sabah.

The state government is keen to ensure a higher level of preparedness of the security forces in safeguarding the state’s waters against intrusion and other threats, he said in a keynote address at the Seminar on Regional and Local Security Issues in Sabah, here.

“These measures are important to ensure public safety and for the state to be free of any threats such as cross-border crime, particularly kidnapping.

“It is important to raise our capability to tackle the transborder crime problem in the future.

“We should also look at the many options that are available in this digital technology era, such as in surveillance technology, to replace or upgrade our current outdated weapons and strategic assets,” Mohd Shafie said.

Mohd Shafie said the federal and state governments have put in a lot of effort to ensure the security of Sabah and its waters.

However, he said, these various initiatives and assets allocated by the government appeared to be still not enough because of the long coastline, limited resources, vast area that needs surveillance, and the continuous insurgencies in the Philippines which is beyond Malaysia’s control.

Mohd Shafie said security issues in Sabah are rather unique and complicated.

He said that due to Sabah’s proximity to international borders, with Indonesia in the south, Brunei to the south-west and the Philippines to the north and east of Sabah, several of these issues are related to national and foreign sovereignty.

“It would require federal government involvement and intervention.

This is further complicated by the free movement of people between these regions due to the historical, cultural and family ties that go back for many decades,” he said. — Bernama