Saturday, May 30
You are at:Home»News»Sabah»Two-headed green turtle dies 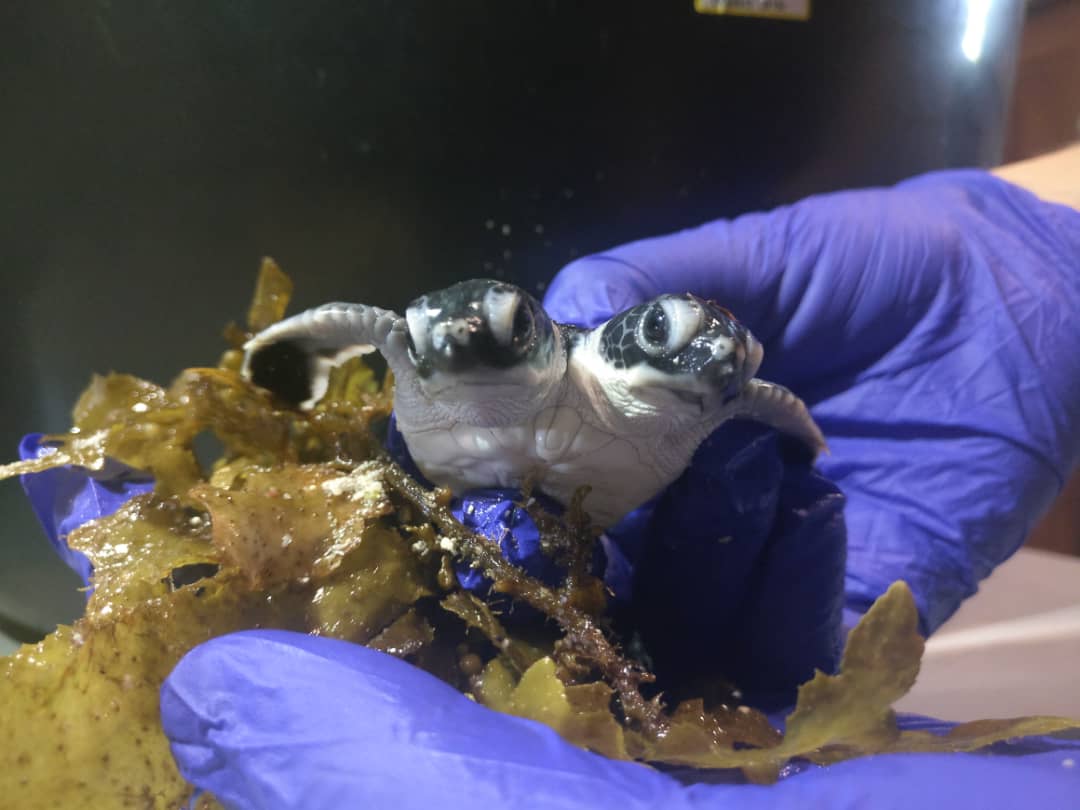 Conservationists were not surprised over its death as they said that its chances of survival were low.

Describing it as fascinating, he said the right head seemed to control the front right flipper, and the left head the left flipper.

“Yet they are capable of co-ordinating their movements in order to walk and swim,” said McCann.

He said a similar case was reported in Redang in 2014. That hatchling was studied for three months before it died from pneumonia.

Dr Sen said observations by the biologists on site indicated that in deeper water one head couldn’t get above water comfortably to breathe, so the hatchling was kept in shallow water.

The Mabul Turtle Hatchery, run by SJ Seas, the conservation arm of dive operator Scuba Junkie, has so far released an estimated 13,000 hatchlings back into the wild.