Thursday, January 27
You are at:Home»News»Crime»Body in luggage: Police arrest 28-year-old in connection with case 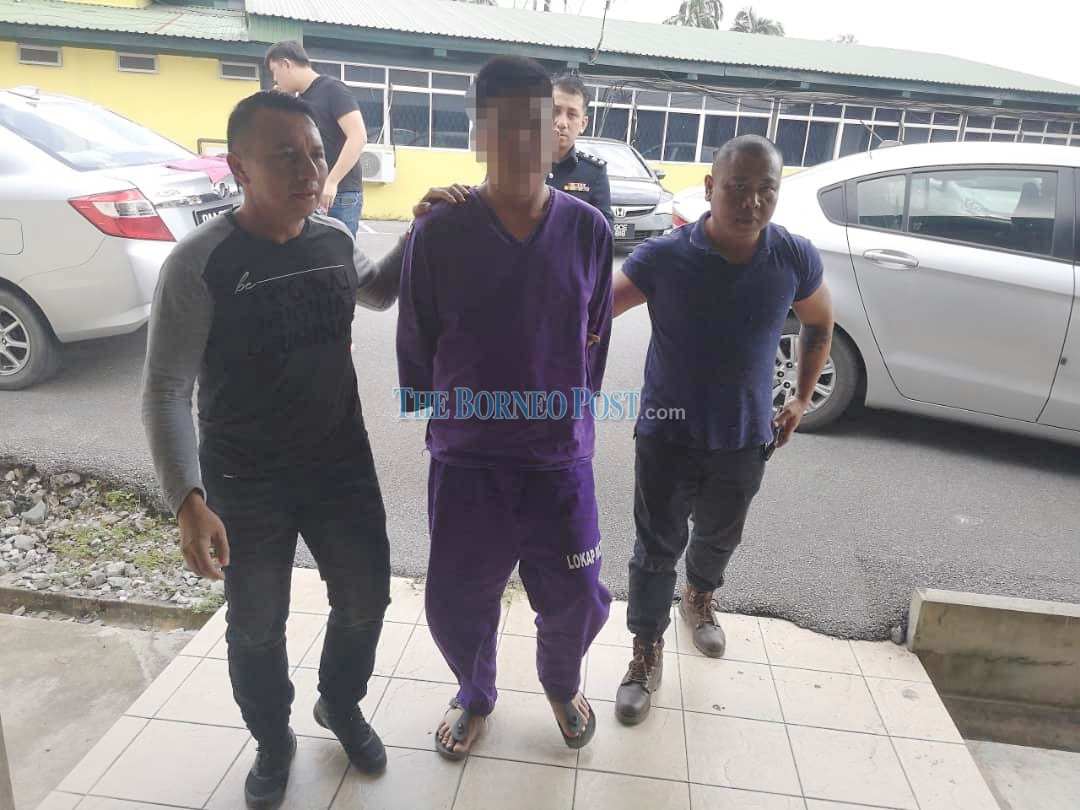 The man is escorted by police at the Magistrate’s Court in Bau.

KUCHING: A 28-year-old man has been arrested as a person of interest following the discovery of a dead body inside a locked piece of luggage underneath a bridge at Kampung Pangkalan Baik, Bau on Friday night.

“Yes, one arrest has been made and he will be remanded today for further investigation,” Leong said.

Police later confirmed that the man has been remanded for seven days for the police to carry out their investigation.

According to See Hua Daily News, the man, who the police were trying to locate after the victim went missing, visited the Simpang Tiga district police headquarters on the same night to assist in the investigation.

During the interrogation, the man was believed to be the last person to be in the same car as the victim before the latter went missing.

He was subsequently arrested after the interrogation.

The body of the victim found in the luggage has been identified by his wife through the identification of the victim’s shirt, pants, belt, socks and shoes at the Sarawak General Hospital’s forensic department.

The victim is believed to be the owner of a tailor shop operating at Tun Jugah Mall here.

The suspect will be remanded under Section 117 of the Criminal Procedure Code to assist the police in their investigation.