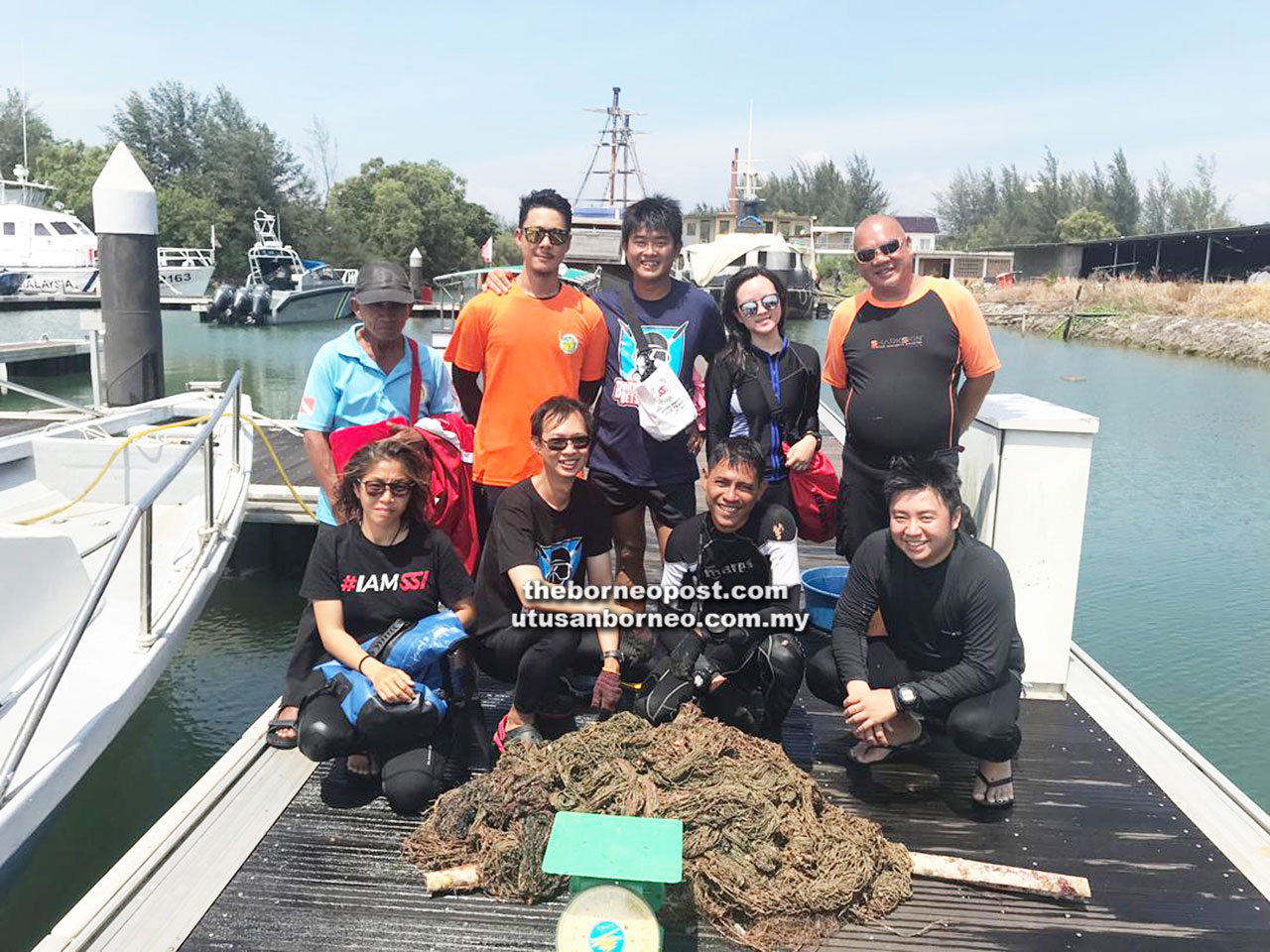 Iqbal (front, second right) in a group photo with his ‘Ops Seafan’ team.

MIRI: It is estimated that about 200kg of ghost nets still lie around the Seafan Garden dive site and more operations would be required to clean up the whole area, says an eco-activist.

Ghost nets refer to fishing nets left at sea, either accidentally or intentionally, by fishermen.

“This was our third operation in Seafan Garden and even though the visibility was only about three to five metres, and the swell on surface was about 0.5 metre, we managed to remove some of the ghost nets,” said Iqbal.

Based on the latest ‘Ops Seafan’, he believed that they would need to run at least two more operations to remove all the ghost nets.

It is learnt that the next Ops Seafan would be conducted by the Northern Sarawak Journalist Association (NSJA), with the support from various agencies and companies including the Fire and Rescue Department, Sarawak Forestry Corporation, Sarawak Tourism Board, Borneo Ghost Net Hunter and Co.Co Dive Miri.

The expenses of the operation would be covered using funds allocated by Assistant Minister of Tourism, Arts and Culture Datuk Lee Kim Shin, who had previously supported Ops Nemo City 3.