Wednesday, May 12
You are at:Home»Business»Malaysia retail sales growth rises 3.8 per cent in 1Q19 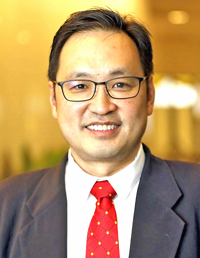 KUALA LUMPUR: The Malaysian retail industry achieved a better-than-expected growth rate of 3.8 per cent in retail sales for the first quarter of 2019 (1Q19) as compared with the same period in 2018, said the Domestic Trade & Consumer Affairs (KPDNHEP).

“At the same time, the sales of wholesale and retail trade in May 2019 contributed an amount of RM110.8 billion to national GDP and accounted for approximately 1.8 million in manpower as a whole,” he said in his keynote speech at the Malaysia Retail Chain Association (MRCA) Retail Conference 2019 yesterday.

The conference is held in conjunction with MRCA’s Malaysia International Retail & Franchise 2019 taking place from July 18-20.

Chong said the liberalisation of the Malaysian retail sector in 2012 continues to encourage more foreign retailers to invest and set up their retail stores within shopping malls in Malaysia.

However, Chong said the supermarket/hypermarket sub-sector saw a negative growth at -2.3 per cent, but it was better than the -3.8 per cent growth rate in 1Q18.

“I see this phenomenon as an inevitable global trend, with the retail sector in Japan and Thailand now also dominated by the convenience store,” he added.

MRCA founded in 1992, is an association for chain store retailers and franchisors determined to enhance the retail and franchise environment in Malaysia and abroad.