Tuesday, July 14
You are at:Home»News»Sabah»No illegal logging in Papar 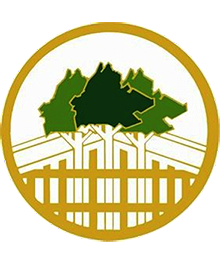 KOTA KINABALU: The Sabah Forestry Department has refuted claims on illegal logging activities near a proposed dam site in Kampung Kaiduan in Papar.

In a statement issued here yesterday, the department said the claims were baseless and untrue and made with malicious intent to tarnish the state government’s good name.

“Such allegations of illegal logging in the area have been made several times before and viraled on social media, despite clarification made.

“This time, it’s on the same issue and linking it to an area proposed for building of a dam, with wrong facts given,” it said following a report on the alleged logging activities which was published in a local daily last July 13.

The department said the timber mentioned in the complaint was actually from land clearing in areas where logging permit had been issued.

It said checks conducted by the department found no illegal logging activities were carried out in the Kawang Forest Reserve.

The department wants to clarify that there is no obstruction for any individual or company to carry out land development for land which have been given titles, it said, adding that action would be taken only if they were found to have violated the terms and condition of the permit.

Pictures of what appeared to be logging activity in Kampung Kaiduan Papar have appeared in the social media recently.

A social media advocate, Shapian Abdrasit, has posted in his Facebook account his feeling of concern on this matter.

“On July 13, located at Kampung Kaiduan Papar, timber logs have been chopped down from the forest reserve near the proposed Papar Dam (location as yet unidentified). Who is behind this illegal activity? Why (is) the Forestry Department keep(ing) quiet?” he asked in his posting.

A social activist, Beverly Joeman, who also shared the post, said that her friends are trying to find out more information about the alleged activity.