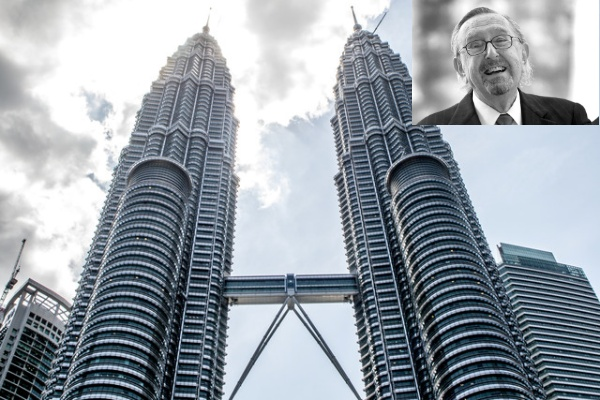 César Pelli, who designed the Petronas Twin Towers, has died at the age of 92. Bernama Photo

KUALA LUMPUR: The Argentine-born American designer behind the iconic Petronas Twin Towers in Malaysia, César Pelli, has died at the age of 92.

According to BBC News, Pelli’s death on Friday was reported by the Governor of Argentina’s Tucuman province, Juan Manzur.

The architect grew up in Tucuman province.

“With much regret we receive the sad news of the death of the great architect César Pelli.

“I want to convey my condolences to his whole family, his friends and his team. He was without doubt a creator and his legacy will endure forever in each of his works,” Maznur posted on his Twitter, as reported by the agency.

Pelli studied architecture at the University of Tucumán before establishing himself as a visionary and an educator.

Besides the Petronas Towers, which when completed in 1998 were the world’s tallest building at 452 metres, Pelli’s other famous works include the World Financial Centre in New York, Canary Wharf Tower in London and renovation work on New York’s Museum of Modern Art. – Bernama