Tuesday, January 28
You are at:Home»News»Chartered bus gets stuck at Petra Jaya underpass 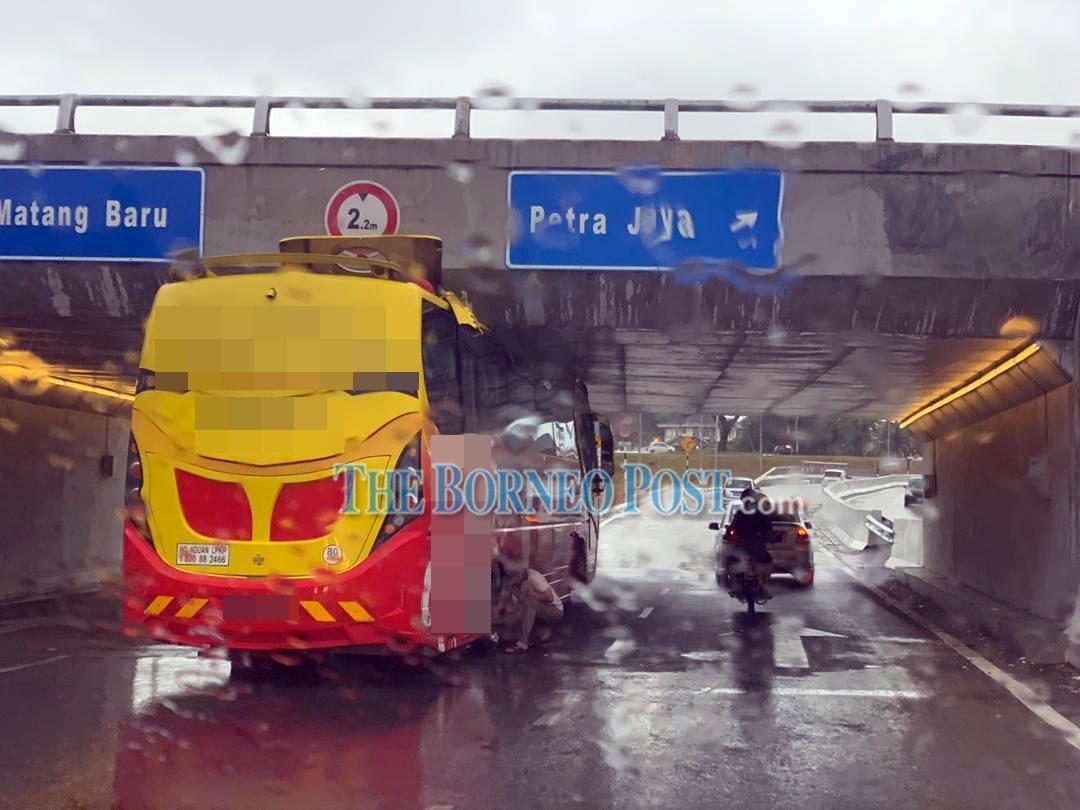 The bus gets caught at the underpass.

KUCHING: The roof of a chartered bus was badly damaged when it got caught at the Temenggong Abang Kipali Abang Akip underpass at around 9.20am this morning.

This was despite several warnings for drivers of buses, trucks and other heavy vehicles to avoid using the underpass due to its clearance level being limited to about 2.2 metres.

It is understood that the bus was heading to Satok from Petra Jaya.

It is believed that the driver of the bus, decided to deflate the bus’ tyres before driving off.

State Traffic Investigation and Enforcement Department chief Supt Alexson Naga Chabu in a statement said the case will be investigated under Section 79(2) of the Road Transport Act 1987 for neglect of traffic directions and signs.

“The 42 year old bus driver from Miri was not familiar to the roads here in Kuching and had unintentionally entered the underpass,” said Alexson, adding that the bus was ferrying students from SMK Hulu Belingan, Bintulu to Santubong.

He also said the driver failed to realise the height limit of the underpass.

Previous ArticleBody in luggage: Police arrest second suspect
Next Article Sarawak has what it takes to transform into digital economy – CM