Saturday, January 18
You are at:Home»News»Two vehicles crash into convenience store of petrol station in Samarahan 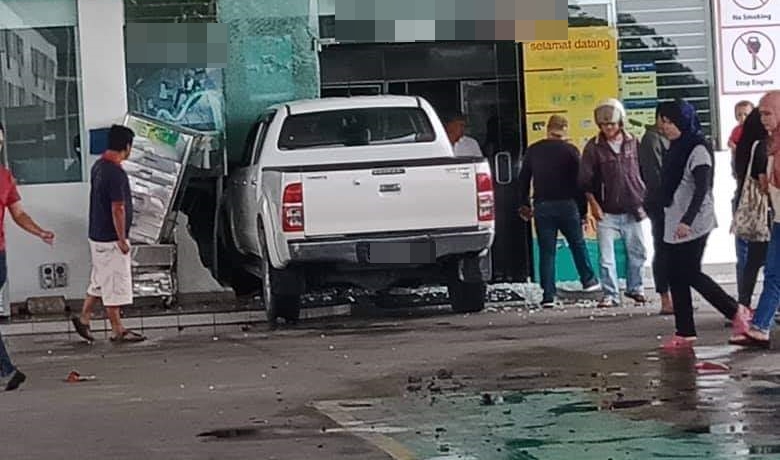 The pick-up truck which rear ended the sedan car leading to the crash. – Picture by Kamek Sayang Samarahan

KOTA SAMARAHAN: Two vehicles crashed into a mini convenience store of a petrol station at the Kuching – Kota Samarahan expressway around 2pm today.

According to eye witnesses, the driver of a pick-up truck had accidentally stepped on the vehicle’s accelerator instead of the brake pedal, when it was just about to stop at the refueling pumps. 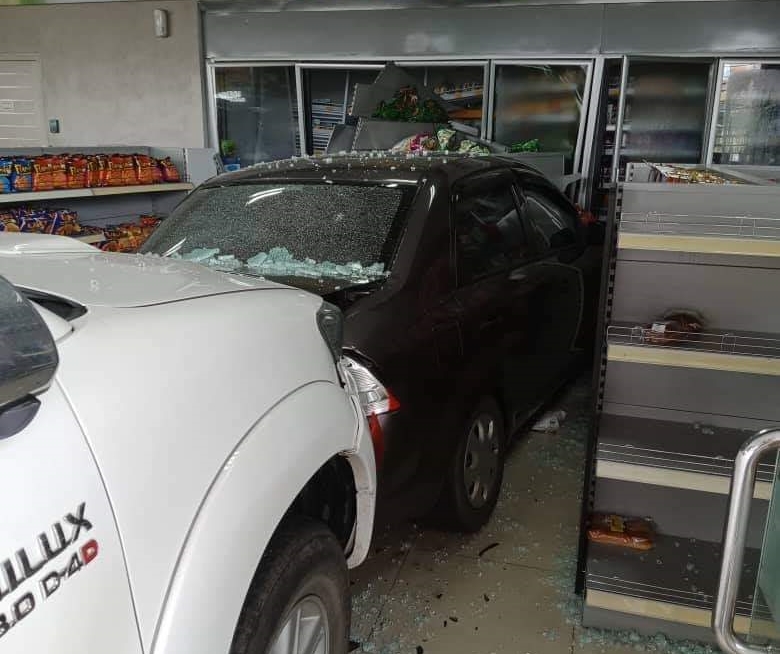 The vehicles which ended inside the mini convenience store.  -Picture by Kamek Sayang Samarahan

In a split second, the pick-up truck rear ended a car in front of it and both crashed into the mini convenience store.

Meanwhile, state Traffic Investigation and Enforcement Department chief Supt Alexson Naga Chabu in a statement said the driver of the pick-up truck was a 66-year-old man from Asajaya.

“He is also not under the influence of alcohol at the time of the incident,” Alexson added.

The 24-year-old female driver of the sedan car and three other passengers were also unhurt in the incident.

He said the case is being investigated under Rule 10 of the Legal Notification (LN) 166/59.

Previous ArticleMitra may be extended to Sarawak, Sabah – Waytha Moorthy
Next Article Anwar says will work with Azmin ‘as a team’