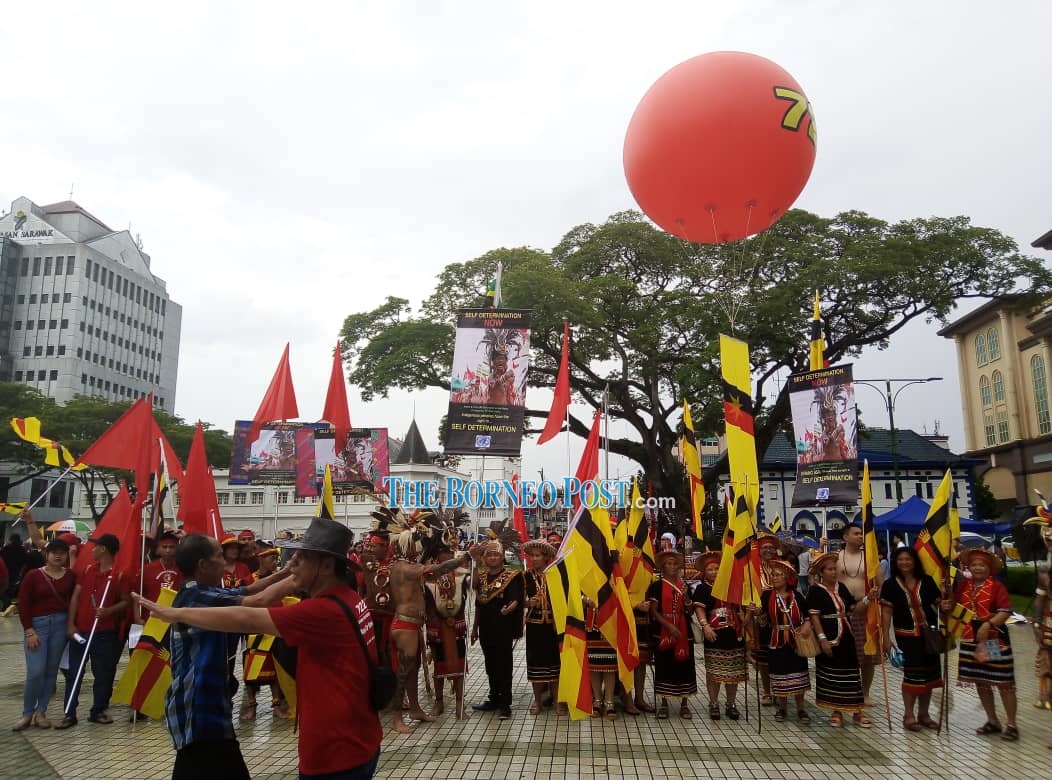 Some of those present to celebrate Sarawak’s independence day were dressed in traditional attire.

KUCHING: Despite the morning downpour, hundreds of supporters of Sarawak Association For Peoples’ Aspiration (SAPA) and the Sarawak 4 Sarawakians (S4S) movement turned up at Padang Merdeka to celebrate Sarawak’s independence day.

They had congregated at the field from as early as 8am under the watchful eyes of a small police force.

With some of them dressed in traditional attire, the supporters carried flags and banners to make their stand on Sarawak’s position in Malaysia known.

Later, the group released balloons into the sky as a symbolic gesture of the event.

The highlight of the event are the flag raising ceremony and singing of Fairland Sarawak scheduled to happen later.

Ng had told reporters last Saturday that the event today was historic because they have the state government’s permission to hold it at Padang Merdeka. .

“As this is Sarawak’s own day we want to celebrate it as grandly as possible,” he said.

The state-level Sarawak Day celebration is being held in Bintulu today.