Thursday, June 4
You are at:Home»News»Pillion rider succumbs to injuries in accident at Beratok 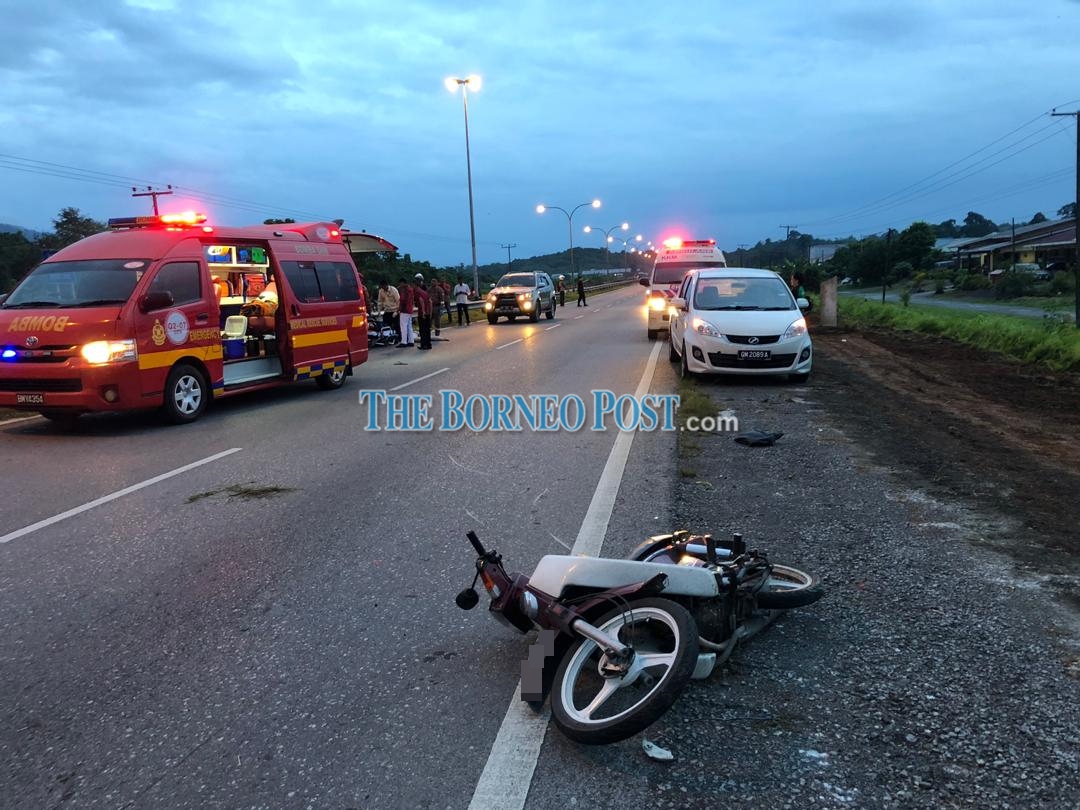 The motorcycle that was used by the victims.

KUCHING: A pillion rider succumbed to her injuries after being involved in an accident at Mile 21, Beratok, Jalan Kuching/Serian early this morning.

According to State Traffic Investigation and Enforcement Department chief Supt Alexson Naga Chabu, the  deceased, identified as Phira Brewin, 18 from Jaras, Sungai Buloh, Selangor, was riding pillion on a motorcycle with the rider Dickson Ramping Wan from Kampung Merang Baru.

Alexson said that Phira suffered severe head injuries and she was confirmed dead by paramedics at the scene.

Dickson suffered serious injuries to his left leg as a result of the accident.

Alexson said both victims were heading to Serian from Kuching when the accident happened.

The case is being investigated under Section 41(1) of the Road Transport Act (APJ) 1987.