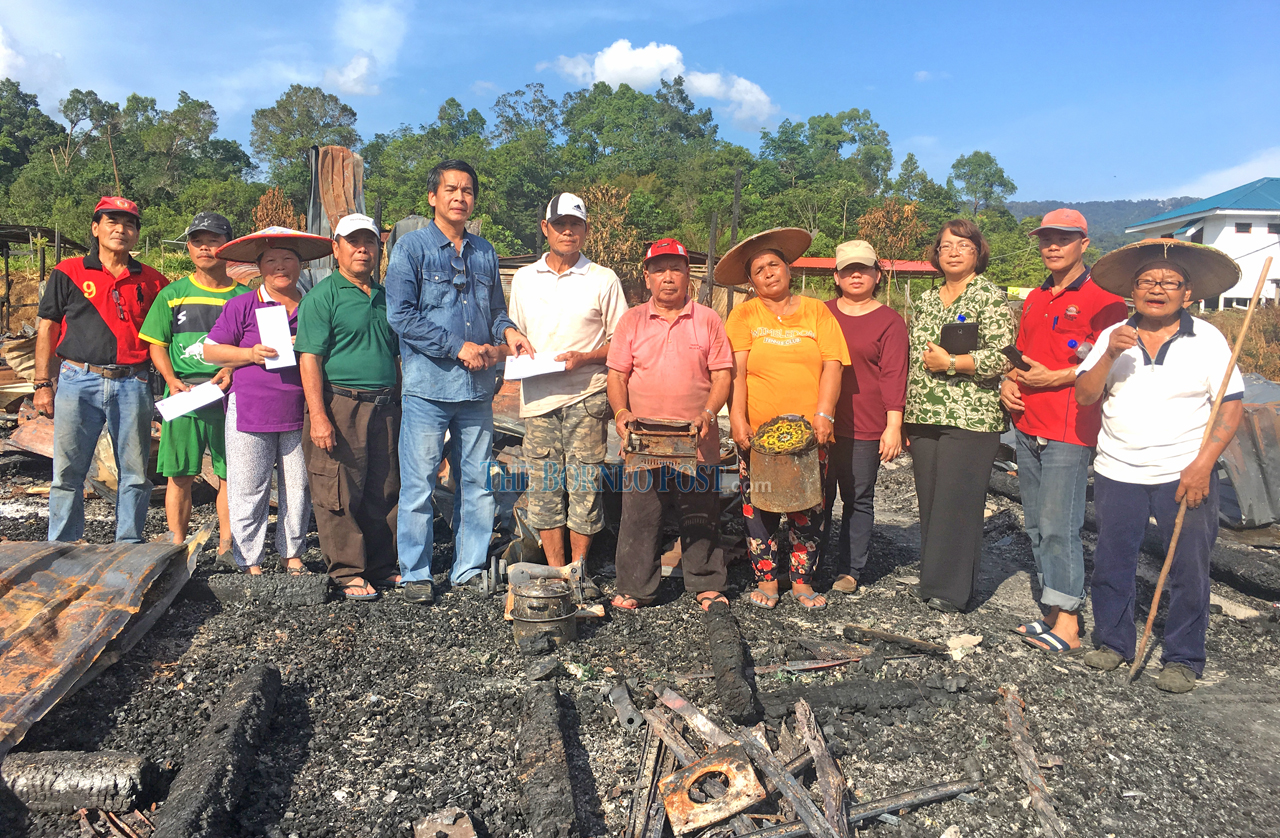 Dennis (fifth left) presents the donation to the fire victims during his recent visit to Long Palai.

LONG PALAI, Ulu Baram: The Sarawak government is constantly working on ways to ensure that fire victims in the state, especially those in the rural areas, are provided with relief assistance to lighten their burden.

Telang Usan assemblyman Dennis Ngau said he was given this assurance by Deputy Chief Minister Datuk Amar Douglas Uggah Embas when the latter called him to make sure the victims of a recent fire at Long Palai received immediate assistance.

Dennis also said Uggah, who is the chairman of State Disaster Relief Committee, informed him that Chief Minister Datuk Patinggi Abang Johari Tun Openg and the state government were very concerned about the welfare of fire victims.

“The state government will continue to work on ways to ensure all fire victims receive relief assistance to lighten their burden.

“Although the assistance may not be enough to rebuild their houses or replace belongings lost in fire I can ensure you the state government will do all it can,” he said at a ceremony to hand over immediate relief in the form of cash to fire victims here recently.

At the ceremony, the five families who lost their homes and belongings during the fire on July 13 received RM500 each. Each family also received RM400 donated by Mulu assemblyman Datu Gerawat Gala.

Accompanying Dennis at the event were representatives of Telang Usan District Office who donated food items to the fire victims.

Dennis reminded residents of longhouses and villages in his constituency to seek insurance coverage for their own unit or house.

“I am aware that there are insurance companies offering this coverage. This could come handy during unfortunate events such as this,” said Dennis.

Meanwhile, Long Palai headman Gerard Taikiling said the fire on July 13 gutted one of the five rows of longhouses in Long Palai, which he believed was caused by an electrical short-circuit.

Gerard thanked Dennis and people from government agencies for taking the difficult 7-hour journey to the longhouse.

“Even if there is nothing much that our assemblyman could do to save our belongings, his presence here today means a lot to us and especially the fire victims,” he added.

“We estimated the fire resulted in a loss of at least RM150,000 per door,” he told The Borneo Post.

It is learnt that among the items lost in the fire were a generator and a water tank besides cash and important documents. 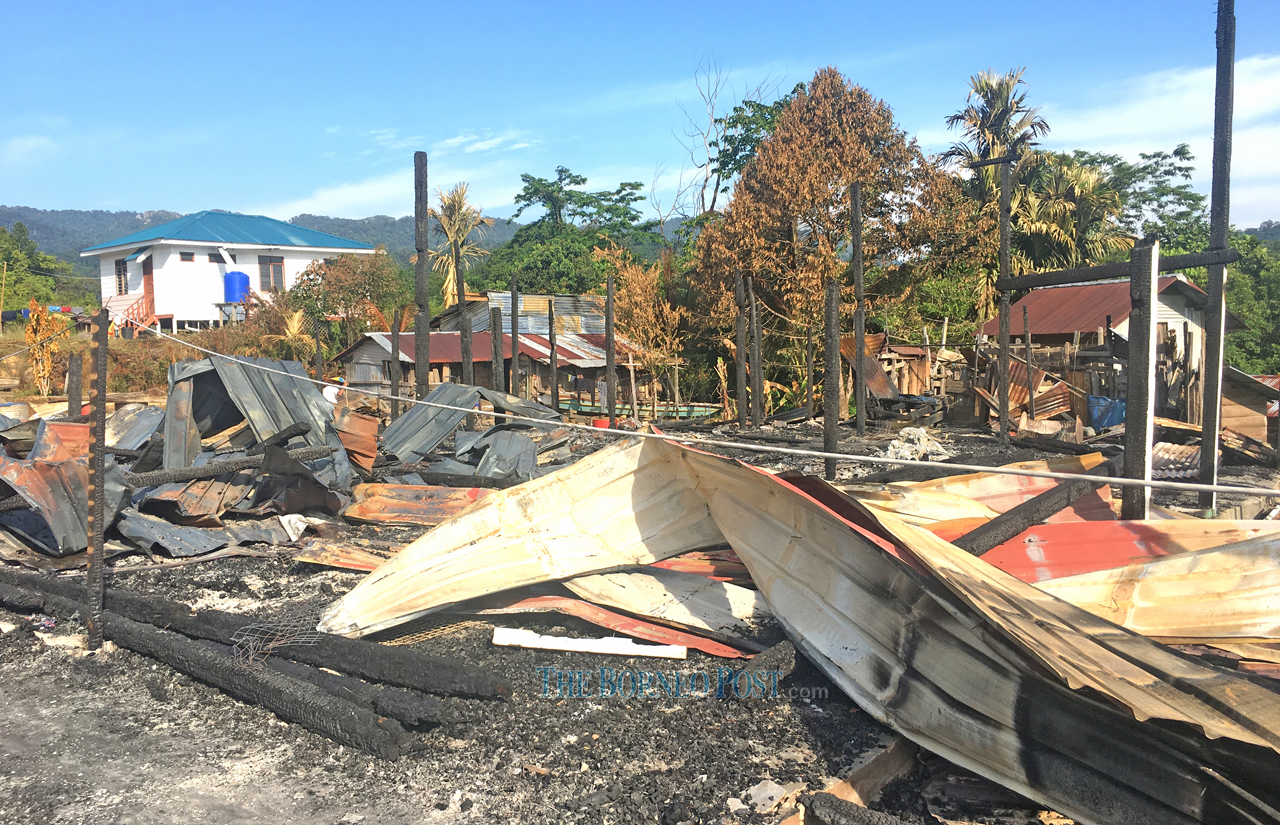 The aftermath of the fire in Long Palai last weekend.