Wednesday, January 26
You are at:Home»News»Nation»Advanced Passenger Screening for foreign visitors to begin by mid-2023 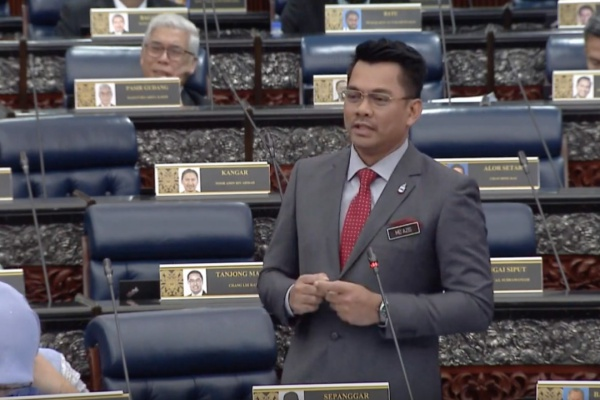 KUALA LUMPUR: The Advanced Passenger Screening System module capable of screening foreign visitors before they land in the country will be fully adopted by the middle of 2023.

Deputy Home Minister Datuk Mohd Azis Jamman said the new module was one of the elements to be developed under the new immigration control system, which is currently in the process of procurement through open tender to replace the existing immigration system.

“Through this module, the initial screening of foreign visitors could be done by cross-checking their personal data with records from the Immigration Department, Royal Malaysian Police (PDRM) and International Criminal Police Organisation (INTERPOL) before their arrivals to this country.

“The advanced system is expected to control the influx of foreign visitors to Malaysia more efficiently,” he said during question time at the Dewan Negara sitting here today.

The deputy minister said this in reply to Senator Mohd Suhaimi Abdullah who wanted to know whether the ministry would use the module to identify past criminal records especially of African immigrants entering the country.

Mohd Aziz said the government through the Immigration Department had taken various steps to curb the influx of ‘risky’ visitors, including by implementing early screening processes through visa issuance at embassies and Malaysian representative offices abroad.

“Screening is necessary to ascertain whether or not the foreign nationals are in the Immigration Department’s suspect list (SL). If their names are listed, they will not be issued a visa to come to Malaysia,” he said.

Mohd Azis said other measures that had been implemented by the government were the Foreign Visitors Biometric Database System and National Enforcement and Registration System (NERS) which enhanced the effectiveness of the control and inspection on foreigners through the biometric data identification.

“Besides, the police, Customs and other agencies also making their contributions to the SL system by sharing their data on those ‘risky’ visitors,” he said. – Bernama