Tuesday, May 17
You are at:Home»News»Crime»Body in luggage: Mobile phone of murder victim found in drain 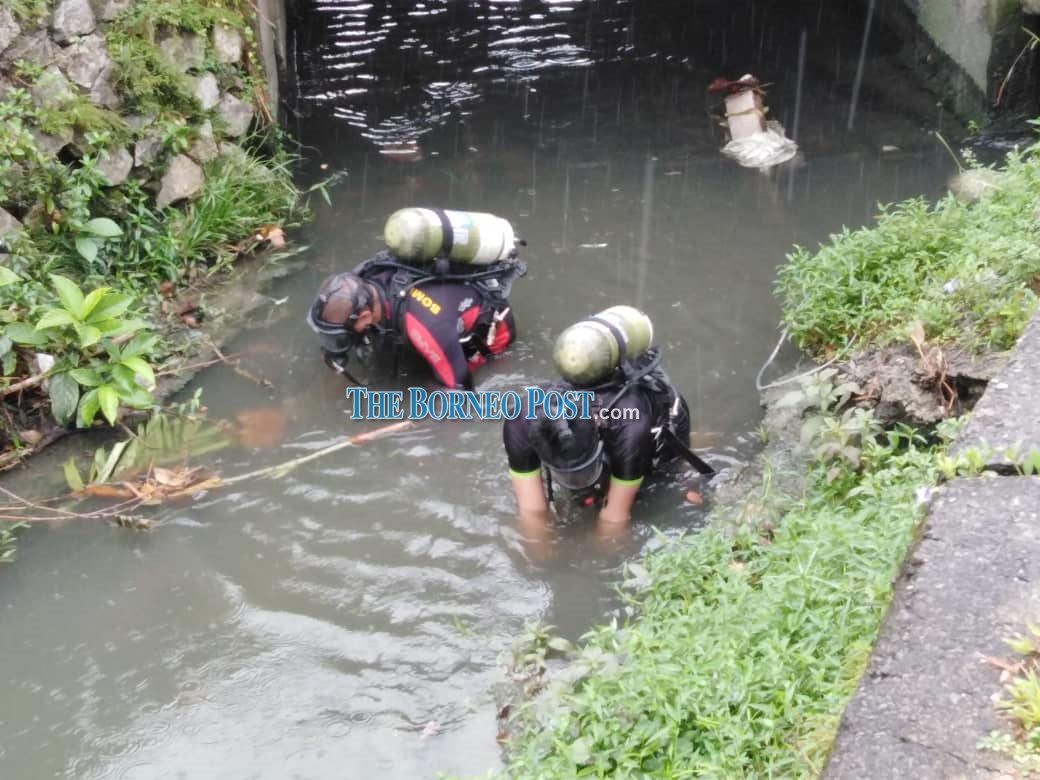 Bomba divers managed to find the mobile phone after a two-day search in a drain at Lorong Chawan 12.

KUCHING: The mobile phone of a man whose body was found inside a locked piece of luggage has been found in a monsoon drain at Lorong Chawan 12 here today.

According to Criminal Investigations Department Sarawak chief SAC Denis Leong, the mobile phone and its cover has been found by the police and as they continue to gather more evidence.

“Yes, we found the deceased’s mobile phone and its cover at the monsoon drain at Lorong Chawan 12,” said Leong in a brief response to reporters regarding the latest update on the cold-blooded murder case.

The man was found with a blindfold around his eyes and his hands and feet tied in a piece of black luggage underneath a bridge at Kampung Pangkalan Baik, Bau on July 19.

Yesterday, a team of divers from the Batu Lintang fire station conducted an operation to uncover more evidence.

The seven Bomba divers started scouring the monsoon drain at Lorong Chawan 12, after police believed the deceased’s mobile phone was thrown into the river.

So far, two suspects, aged 28 and 56-years-old, have been arrested to assist in the investigation.

Previous ArticleNo one is above the law including court judges – Hanipa
Next Article Fatimah: Five months to correct financial management issues in ministry