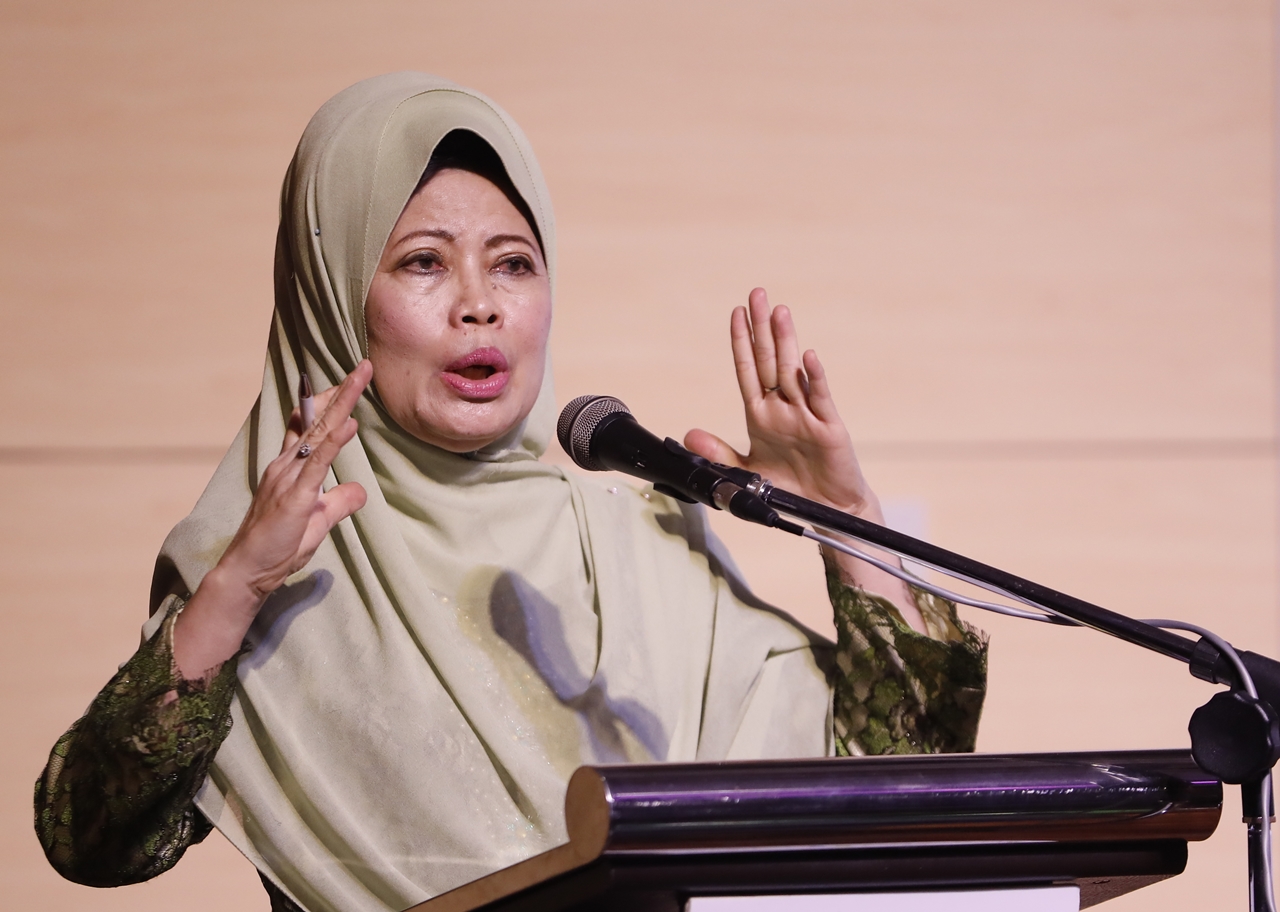 When met by reporters after officiating the Women Leadership Training Programme at Penview Hotel here earlier today, she said that even though the rating in the Auditor-General’s (AG) Report 2018 about her ministry’s financial management was disheartening, she was determined to move forward.

“Starting from the 25th of this month, I have called for everyone involved in the ministry to come together and we will start monitoring to ensure that we do not do the same mistakes (that were pointed out in the report).

“I am giving the ministry five months for these corrective measures to see that all procedures from administration and asset procurement to recording of assets will comply with the treasury instruction,” Fatimah said.

She added that the AG’s Report 2018 was a good platform for the ministry to evaluate its standing.

“Of course, my first reaction was to feel very sad — when the report came out saying that we were at the bottom, it was very demoralising. All the hard work we put in felt as though it was for nothing.

“But whatever it is, it is done. I view this report very seriously, and receive the report well, because it shows us where we (the ministry) are and we are not happy where we are, so improvements need to be made,” Fatimah said.

The audit report released on July 15 covered the financial management performance of 32 ministries, government departments and agencies in Sarawak.

The Ministry of International Trade and E-Commerce topped the list of state ministries, departments and government agencies audited last year.

It is among 24 listed in the report as having ‘excellent’ performance, with seven others rated as ‘good’.

Fatimah’s ministry was last in the ranking.

In the Auditor-General’s Report 2017, only 11 organisations were rated ‘excellent’, 14 ‘good’ and seven ‘satisfactory’.