Tuesday, May 24
You are at:Home»World»Trump agrees to prompt responses to license requests for Huawei sales 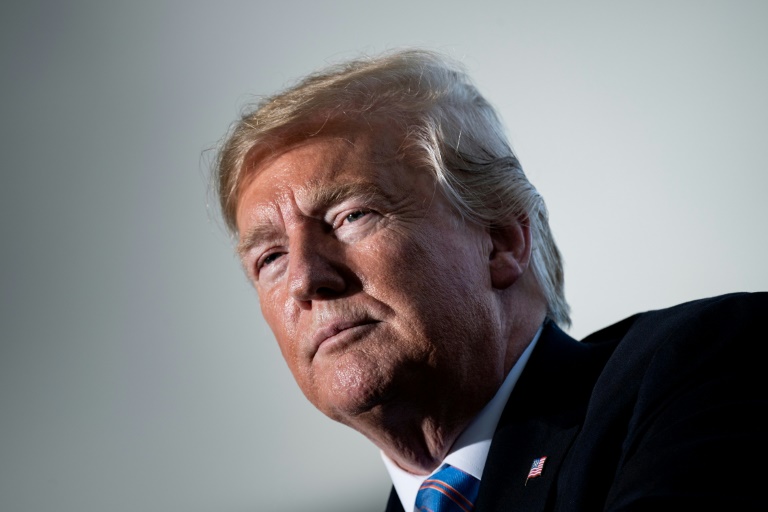 WASHINGTON: President Donald Trump agreed at a meeting with the heads of top technology companies like Google on Monday to make “timely” decisions on requests by U.S. companies to sell to blacklisted Huawei Technologies Co Ltd [HWT.UL], the White House said.

But even as the CEOs of the companies “requested timely licensing decisions from the Department of Commerce,” the White House said in a statement that the executives expressed “strong support” for national security restrictions on U.S. telecom equipment purchases and sales to Huawei.

The meeting comes at a time of lingering uncertainty over the future of U.S. companies’ ties to Huawei, the world’s largest telecommunications equipment maker. It was placed on a U.S. blacklist in May, with the government citing national security concerns.

U.S. companies were banned from selling most U.S. parts and components to Huawei without special licenses. But Trump said last month that sales could resume as he sought to restart trade talks with Beijing.

Clarity on what the new policy toward Huawei will be has been slow to emerge.

On Monday, executives expressed displeasure at Commerce Department Secretary Wilbur Ross, who also attended the meeting, for not providing clear guidelines on policy toward sales to the Chinese company, according to a person briefed on the meeting. White House economic adviser Larry Kudlow and Treasury Secretary Steven Mnuchin were also at the meeting, the person said.

Ross has said licenses would be issued where there is no threat to national security. Reuters reported last week that the United States could approve licenses for companies to restart new sales in a matter of weeks.

However, the Washington Post reported on Monday that Huawei secretly helped North Korea build and maintain its commercial wireless network.

That may bolster China hawks in the U.S. government who see Huawei as a real national security risk, over those who seek a more lenient policy to appease Beijing amid ongoing trade talks between the world’s two biggest economies.

The United States accuses Huawei of violating Iran sanctions and stealing American intellectual property, accusations Huawei denies. Washington has also lobbied allied governments to keep Huawei out of their 5G networks, arguing that the company’s equipment could be used to spy for the Chinese government.

The White House said unfair international trade practices and 5G technology was also discussed at the event on Monday. – Reuters

WASHINGTON: U.S. President Donald Trump met on Monday with the chief executives of seven technology companies and he agreed with their request for timely licensing decisions from the Commerce Department on blacklisted Chinese firm Huawei Technologies, the White House said.

“The CEOs expressed strong support of the President’s policies, including national security restrictions on United States telecom equipment purchases and sales to Huawei,” a White House statement said. “They requested timely licensing decisions from the Department of Commerce, and the President agreed,” it said.

Meanwhile  Futurewei Technologies Inc, the U.S. research arm of China’s Huawei Technologies Co Ltd, began laying off workers on Monday, according to employees including one who spoke to Reuters as he left the company’s Silicon Valley campus.

At least half a dozen staff with boxes were seen leaving the office before noon. The layoffs come about two months after the Trump administration put Huawei on a trade blacklist, making it illegal for its U.S. subsidiary to transfer sensitive technologies to its parent. The blacklist also restricts Huawei from purchasing products from U.S. technology companies.

One employee, who declined to give his name, told Reuters he had been laid off. Putting a bag full of personal belongings into his car, he said he had been told the official announcement would come on Tuesday.

Another Huawei employee told Reuters by telephone last week that the layoff target was to remove 70% of the 850 Futurewei workers in the United States. That employee said a layoff list had been sent from Huawei’s headquarters in China, and aimed to eliminate any open source projects, projects related to near-term Huawei products, and any research and development in critical technology.

Futurewei was set up in part to work closely with U.S. universities and researchers.

Huawei is among the world’s largest telecommunications equipment manufacturers. The U.S. Commerce Department in May placed the firm on its “entity list” of organizations that pose security risks. The Justice Department earlier filed charges against the firm alleging theft of trade secrets and other crimes.

Futurewei has offices in Silicon Valley and the greater Seattle, Chicago and Dallas areas. Futurewei has filed more than 2,100 patents in such areas as telecommunications, 5G cellular networks, and video and camera technologies, according to data from the United States Patent and Trademark Office.

A Futurewei employee not affected by the layoffs said work had come to a standstill since Huawei was blacklisted.

“On the 17th of May, Huawei asked everyone at Futurewei to upload everything to the Huawei cloud, right before the ban took effect,” that employee said. “After that basically Futurewei has stopped doing any work – almost stopped everything.” – Reuters

Previous ArticleFB Posting: Prosecution to demand formal apology from Najib
Next Article No one is above the law including court judges – Hanipa