Thursday, August 18
You are at:Home»News»AAS demands explanation from authorities over member’s alleged mistreatment by police 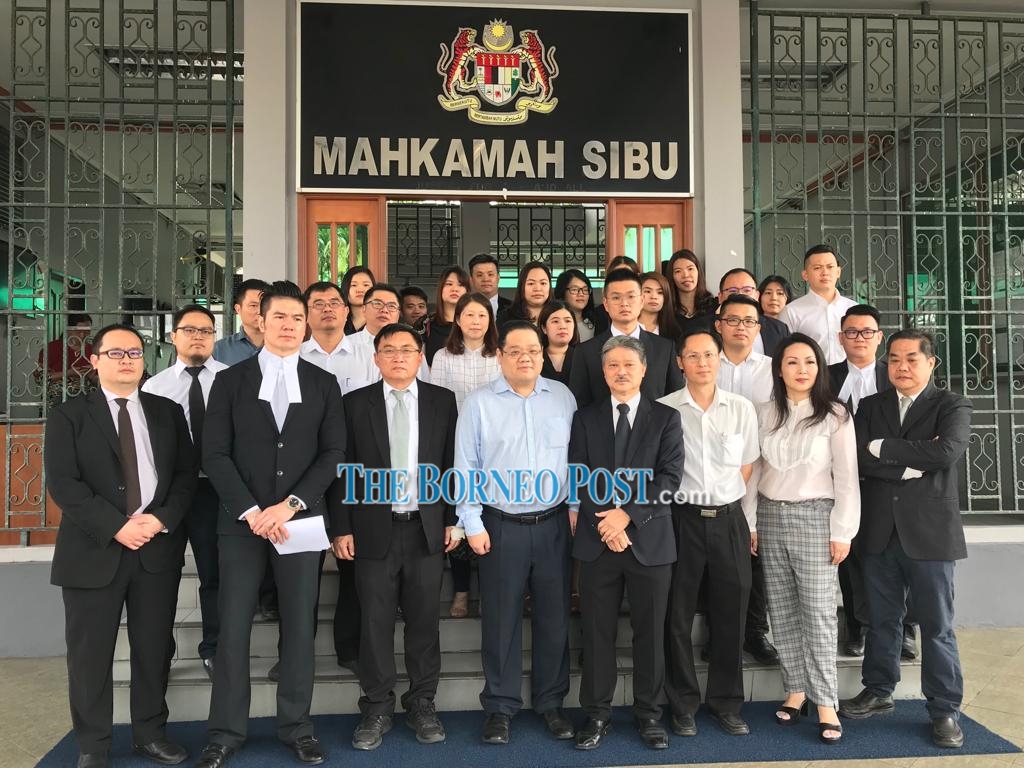 (Front from second left) Wee, Ting and members from AAS Sibu Branch showing their support for Ting this morning.

SIBU: The Advocates Association of Sarawak (AAS) Sibu branch wants a satisfactory explanation from the relevant authorities if the complaint lodged by one of its members Ting Yong Ginn pertaining to his alleged arrest and detention, as well as unfair treatment by the police was true.

Its chairman Orlando Chua in his written statement said that according to Ting’s complaint, the incident happened while he was discharging his duty as a lawyer to one of his clients on July 17.

His statement was read by vice chairman Wee Wui Kiat during a press conference, here, this morning.

He said AAS viewed the complaint most seriously and disapproved the unprofessional lack-of-common-courtesy, rude and unreasonable attitude displayed by the police.

“Thus, I urgently urge the relevant authorities to furnish a satisfactory explanation expeditiously as to the basis, if any, as to how/why a lawyer, acting in complete bona fide whilst discharging his professional duty, could be treated the way Mr Ting had been treated,” he said.

He said AAS would look into the complaint and Ting would be advised accordingly as to what causes of action opened to him for the said injustice.

Meanwhile, Ting claimed that he was arrested on July 17 at around 9.30pm when he was in the midst of assisting his client with police enquiries.

It was said that despite repeatedly reiterating that he was a lawyer assisting his client, he was forced to surrender all his personal belongings to the police and was escorted to the Sibu Central Police for further investigation.

Ting claimed that he was offered no professional courtesy and was immediately seen to be treated as a common criminal.

He was forced to detained in the police lock-up.

He was released on police bail the next day.

Ting is currently suffering from diarrhoea, headaches, dizziness and high blood pressure and is now treated at private medical centre.

He received a temporary release from the medical centre to attend the press conference this morning.