Friday, July 10
You are at:Home»News»Nation»Framework on forestry policy expected to be finalised by next year 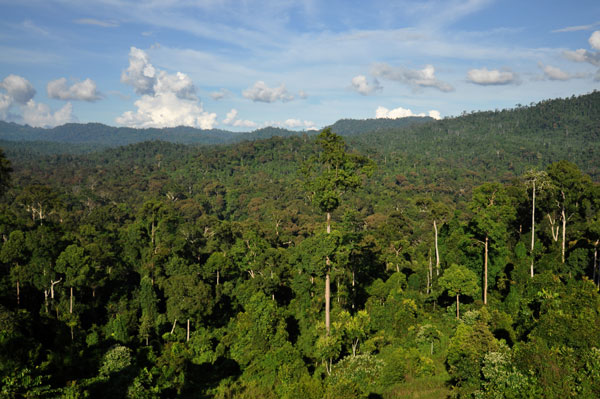 The framework on the Malaysian Forestry Policy which is being reformulated is expected to be finalised by next year, the Dewan Negara was told today. – File photo

KUALA LUMPUR: The framework on the Malaysian Forestry Policy which is being reformulated  is expected to be finalised by next year, the Dewan Negara was told today.

Deputy Minister of Water, Land and Natural Resources Tengku Zulpuri Shah Raja Puji said the framework would ensure that the interests of Peninsular Malaysia, Sabah and Sarawak are maintained.

“At present, an  agreement in has been reached between the three territories  for a statement that is rational and meets the objectives of the Malaysian Forestry Policy.

“Strategies and action plans for the three territories are expected to be finalised by 2020,” he said during the oral question-and-answer session at the Dewan Rakyat today.

He  was replying  to a question from Senator Lee Tian Sing who wanted to know the status on the policy.

Replying to a supplementary question from Lee who wanted to know whether the government will accept the proposal of the Association for the Protection of Natural Heritage of Malaysia, which among others wants the National Forestry Act to be amended, Tengku Zulpuri Shah said it was already in process.

“We are in the process of coming out with a Bill on the National Forestry Act, which if possible could perhaps be tabled in August or November this year,” he said. – Bernama