Sunday, September 20
You are at:Home»News»Nation»RM937 for three durians reasonable, but traders fined RM2,000 for not following rules 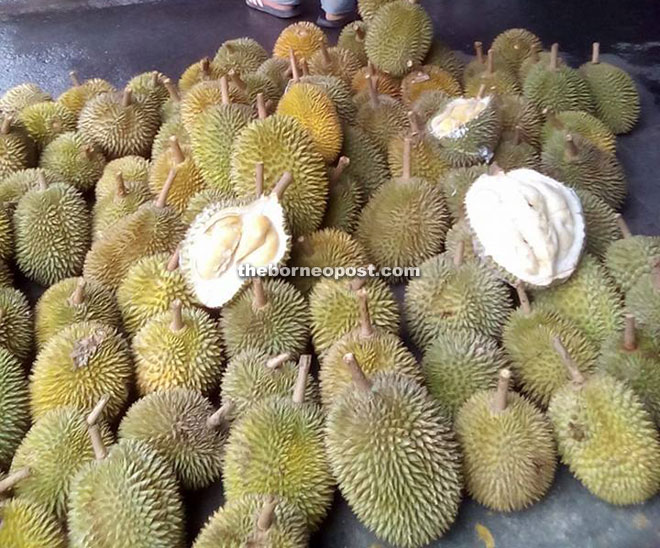 GEORGE TOWN: A durian shop at Jalan Macalister, which went viral on social media for selling three durians for almost RM1,000 (RM937), was slapped with a RM2,000 compound for displaying confusing price tags which were not written in Bahasa Malaysia.

However, the prices for the three durians were found to be reasonable by the authorities without any profiteering involved after the enforcement team scrutinised the documents and costs related to the sale of the durians.

“Following a complaint we received about a shop selling three durians, namely Black Thorn, Ochee and D200 for almost RM1,000, an enforcement team went to the premises to investigate whether there were elements of profiteering,” he said in a press conference here.

“After inspecting the purchase and sales invoices, sales record and business accounts we found no elements of profiteering by the stall.

“However, we found the stall had used confusing signages on the prices of the durians sold written only in Chinese when it should have been in Bahasa Malaysia,” he said.

Chin also explained the durians were priced at between RM65 and RM95 per kilogramme which was confusing as it did not state clearly the actual price for the durians.

“This method of pricing could confuse consumers and be manipulated by the traders and was a compoundable offence under Section 12 (1) of the Consumers Protection Act 1999,” he said.

In June, a woman took to social media to voice her displeasure that she was charged close to RM1,000 for Black Thorns and Musang King durians after she asked for the “biggest and tastiest” durians.

Meanwhile, Chin said 10 compounds amounting to RM1,500 had been issued to durian traders in Penang since the durian season started two months ago.

Seven of the compounds were for expired weighing scales while three others were for not displaying price tags on the durians.

“The enforcement team will continue to conduct regular checks on all durian sellers to ensure they adhere to the law and do not overcharge consumers,” he added. – Bernama