Monday, January 20
You are at:Home»News»Court»Ng to be tried in court over refusal to pay RM195 for bicycle repair 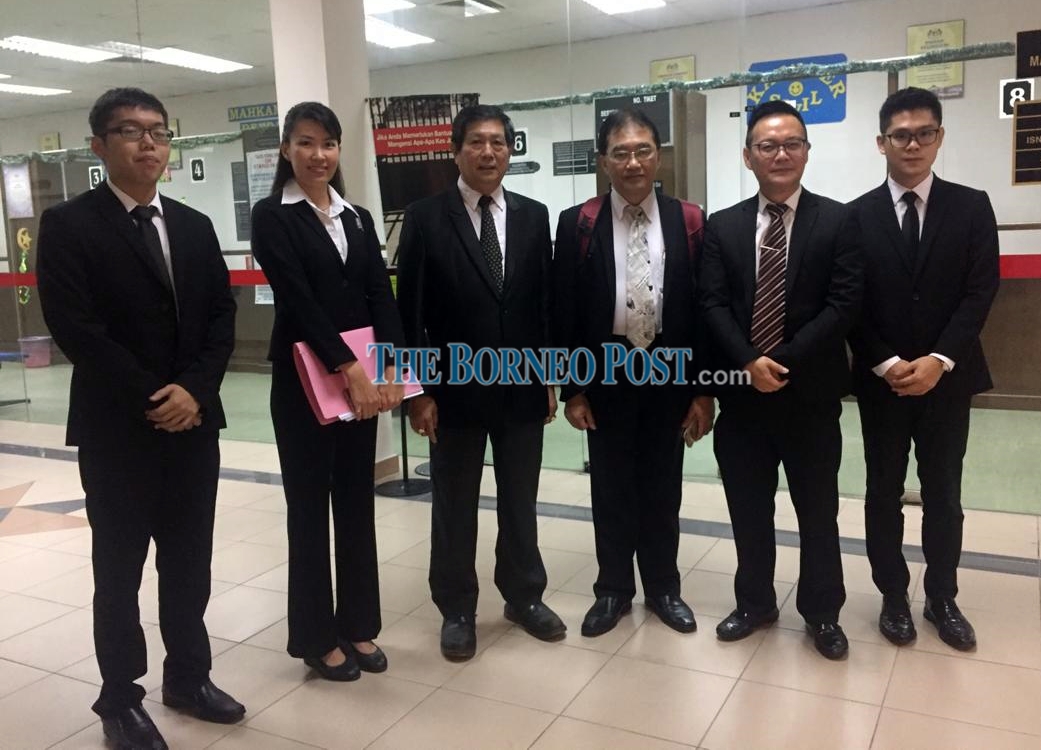 Ng (third right) together with his lawyer and supporters at the Kuching Courthouse today.

KUCHING: Former assemblyman Dominique Ng today claimed trial for refusing to abide by a Consumer Claims Tribunal decision five years ago for him to pay RM195 to a shop for the repair of a bicycle.

The Sarawak Association for People’s Aspirations president pleaded not guilty before Magistrate Nuruhuda Mohd Yusof after the charge under Section 117(1) of the Consumer Protection Act 1999 was read to him.

Nuruhuda set Aug 27 for pretrial case management and released Ng, who was represented by lawyer Milton Foo, on RM500 bail with one surety.

According to the facts of the case, Ng had failed to comply with the order of the tribunal to pay the money to the shop, where he had also bought the bicycle, within 14 days from Sept 30, 2014.

If found guilty, Ng, who was Padungan assemblyman, faces a fine of RM5,000 or jail of up to two years or both.