Saturday, January 18
You are at:Home»News»Crime»Teenager arrested in Serian for allegedly sodomising six-year-old boy 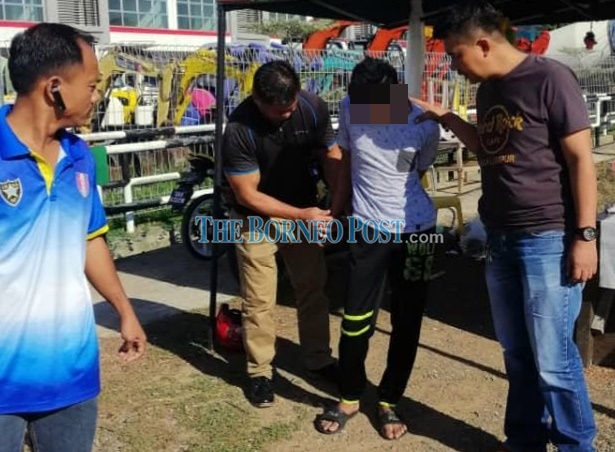 The teenager being arrested in Serian after he had allegedly sodomised a boy in his village.

SERIAN: A 14-year-old teenager has been arrested after he allegedly sodomised a six-year-old boy in his village here yesterday morning.

In confirming the arrest, Serian police chief DSP Aswandy Anis said the suspect was a school drop out.

He said in a statement that the victim and the suspect were not related.

The six-year-old boy had allegedly told his mother that he had been sodomised by the teenager after accepted teenager’s invitation to his house at about 10am yesterday morning.

A source said the boy had later told his mother that his anus was painful and he was sent to the Sarawak General Hospital for a medical examination.

The case is investigated under Section 377A of the Penal Code for carnal intercourse against the order of nature.

Previous Article5,947 grammes of syabu seized from Filipina’s home
Next Article Clouds of smoke after car catches fire at Ocean Park in Miri