Thursday, June 4
You are at:Home»News»Sarawak»47 arrested during statewide crackdown on drugs 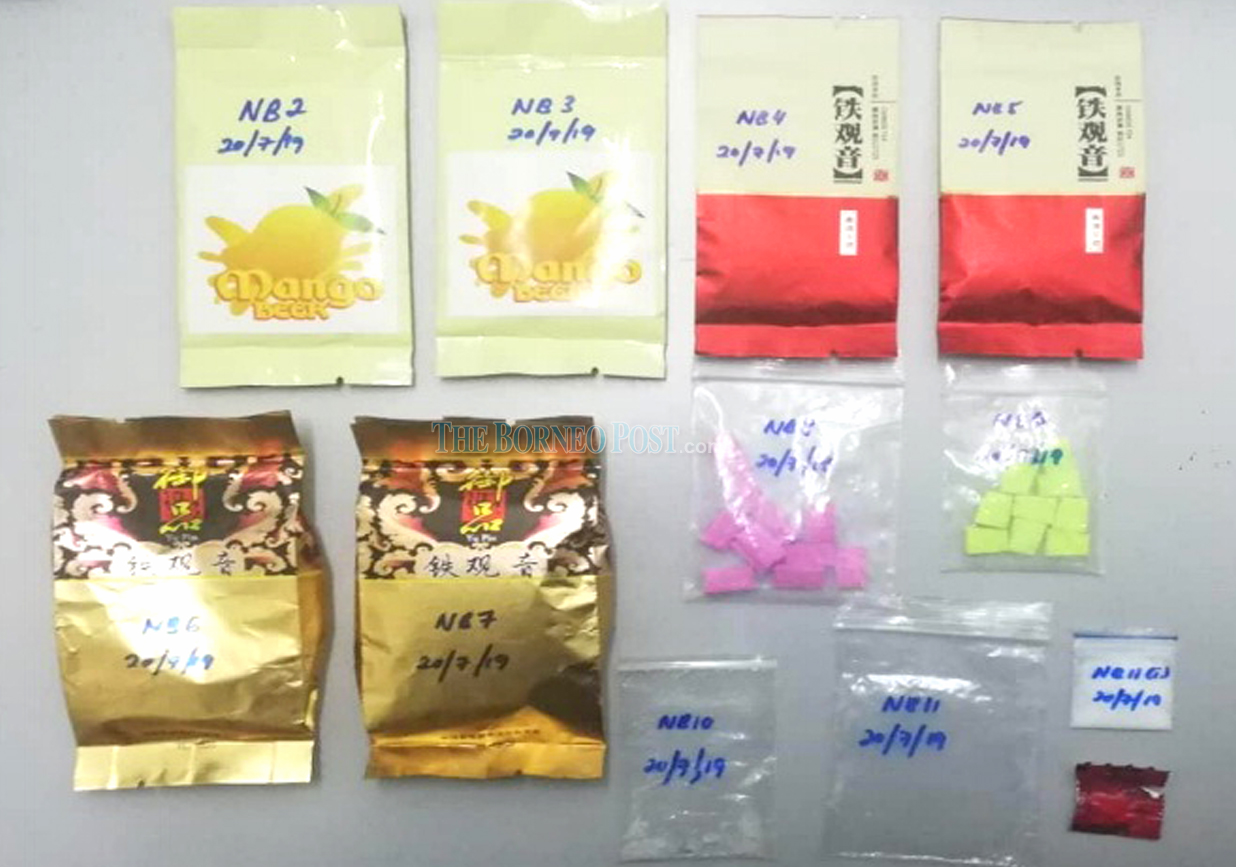 Some of the drugs seized from the suspects.

KUCHING: Padawan police have arrested 47 individuals (45 males and two females) during a statewide crackdown on drugs on July 20 and 21.

Padawan District deputy chief DSP Merbin Lisa in a statement yesterday said one raid was carried out at a housing area in Jalan Penrissen here, which resulted in the arrest of a 22-year-old male suspect.

Also seized was a motorcycle worth about RM6,000 from the suspect.

“The suspect is currently being remand until July 28,” Merbin added.

Meanwhile, during the operation, six cases were classified under Section 12(2) of the Dangerous Drugs Act 1952 with the arrest of the nine male suspects aged between 21 and 45 years old.

Thirty-sevensuspects who tested positive for various drugs including Methamphetamine, Amphetamine and Tetrahydoconnabinol were also arrested.

Their urine samples were also sent to the Sarawak General Hospital for further clinical tests.

“If the urine samples are positive, the suspects will be charged in court soon,” he added.