Sunday, July 12
You are at:Home»News»Sabah»Drunk driver who caused four deaths gets stay of sentence 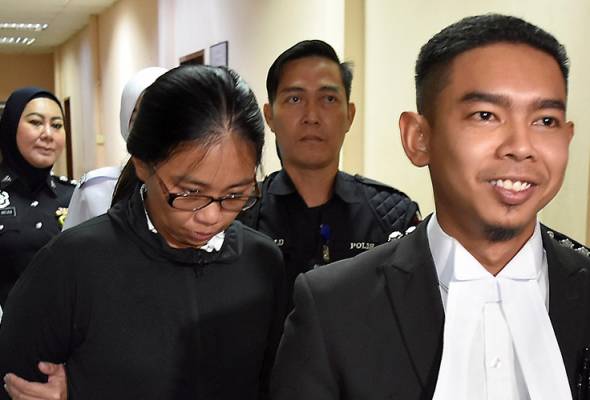 Olivia (second left) during a previous court appearance in Tawau. She was sentenced by the Sessions Court in March this year to a total of 17 years’ jail and a total of RM39,000 fine for two counts of causing the death of four men and injury to another man in a road accident on July 8, 2018.

TAWAU: The High Court here has allowed the application for a stay of sentence by a 34-year-old woman who was slapped with a total of 17 years’ jail and a total of RM39,000 fine for two counts of causing the death of  four men and injury to another man in a road accident on July 8, 2018.

High Court Judge Dr Hj Alwi Hj Abdul Wahab delivered the ruling in the case of the applicant, Olivia Chong Oi Yun, yesterday and released her on bail and sureties as previously ordered.

The applicant was ordered to report to the nearest police station in Tawau twice a week on every Mondays and Fridays before 12 am.

She was also ordered to surrender her passport to the court with immediate effect.

The court fixed August 8, 2019 for the prosecution to file their submission and for the applicant’s counsels to reply one week thereafter by August 15, 2019.

Deputy public prosecutor, Don Siwin Malanjun, has been directed to take over the case as the previous DPP for the case is currently on medical leave. The applicant was represented by counsels Ram Singh and Kimberly Yee.

Olivia, who was the Sri Tanjong candidate for Star in the 2013 general election was found guilty on two charges framed under Section 44 (1)(b) of the Road Transport Act 1987 (Act 333), which provides for imprisonment of not less than 3 years and not more than 10 years and a fine of not less than RM8,000 and not more than RM20,000, if found guilty.

Olivia was charged with causing the death of four men and injuring another at about 1.20 am on July 8, 2018 at Jalan Chong Thien Vun in front of the BDC Commercial Centre (1 Arena), while driving under the influence of alcohol.