Saturday, August 15
You are at:Home»News»Sarawak»Researchers urged to step up game when conducting R&D 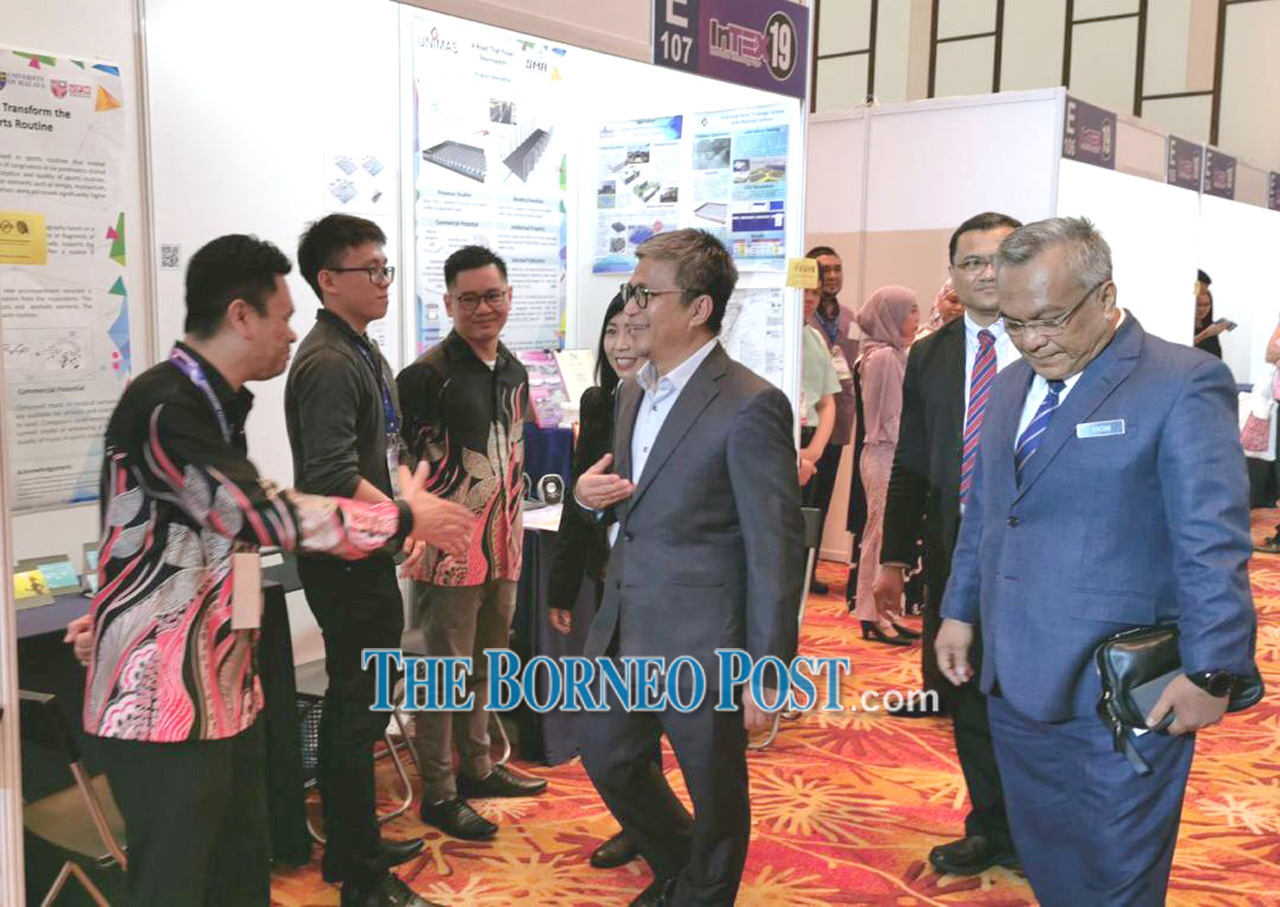 KUCHING: Time is of the essence for any commercial products which require research and development (R&D), says Assistant Minister of Education and Technological Research Dr Annuar Rapaee.

According to him, researchers in Malaysia as well as those in other parts of the world might have the same idea to create a certain product.

He said that if researchers here are not quick to step up their game in carrying out R&D, they might not be able to compete with other countries.

Giving an example, he pointed out that Sarawak had previously experienced this with a clinical research programme on the development of an anti-HIV compound derived from the Bintangor tree called Calanolide A.

“It has been so long…I think it has been the last 15 years we have tried to take this Calanolide A to make sure that it is good enough to treat HIV.

“At the moment we are at stage 1B,” he said at the closing ceremony of Universiti Malaysia Sarawak (Unimas) Innovation Technology Expo 2019 (InTEX19) here yesterday.

Stage 1B is multiple ascending dose on healthy subjects.

Dr Annuar, however, cautioned that as the progress of anti-HIV compound is moving very fast, the Calanolide A compound might be left out if the R&D of the clinical product is not fast enough.

He strongly believes that Calanolide A is one of the anti-HIV compounds and therefore Sarawak has tried to collaborate with an international institution, which is a major pharmaceutical company, to develop the product.

“This international institution also feels that the Calanolide A is good but there are other products which are also at the same level in terms of competency to combat HIV,” he said.

Dr Annuar said the Sarawak government is very serious in (R&D) to enable researchers in Sarawak to discover new things to improve the economy of the people.

He announced that his ministry would be allocating a certain amount of budget for all researchers in the state to conduct researches that are within the allocation of RM500,000 to RM1.5 million.

He said Unimas was very fortunate to be the first institution to receive the allocation of RM500,000 this year.

With the fund, the university will conduct a research entitled ‘Development of new rapid rabies test kit at Sarawak hospitals and source origins of rabies virus in Sarawak.’

The two-year research project aims to provide solutions and insights to two key challenges faced by hospital specialists and public health physicians in the control and prevention of human rabies in Sarawak.

The two key challenges faced are lack of on-site laboratory testing capacity in human rabies in major public hospitals in Sarawak and the uncertainty of the origin of rabies viruses that have been found across Sarawak since July 1, 2017.