Sunday, February 5
You are at:Home»News»Fong denies being part of a ‘conspiracy to defraud over a RM285 mln court judgment’
For the freshest news, join The Borneo Post's Telegram Channel and The Borneo Post on Newswav. 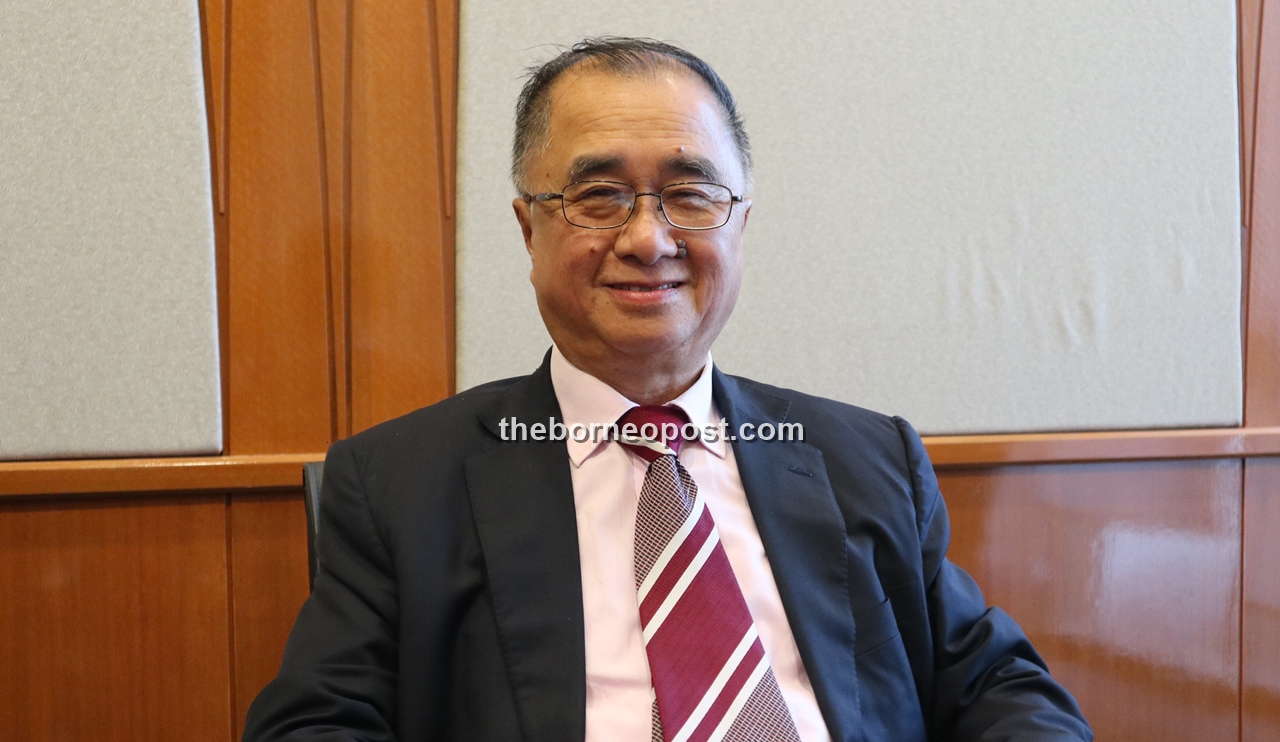 KUCHING: State legal counsel Dato Sri JC Fong has denied an allegation made in an article that was published in Sarawak Report that he was part of a “conspiracy to defraud over a RM285 million court judgement”.

Fong denies this in a press statement dated today.

I refer to the Article published in the news portal, Sarawak Report dated 27 July, 2019 wherein I was falsely accused of being part of a “conspiracy to defraud over a RM285 million Court Judgment.”

Since Sarawak Report never contacted me before the publication of the said Article, I am compelled to issue this Press Statement to strongly deny the malicious allegations made against me and I reserve my rights to institute legal action against Sarawak Report and other parties including a businessman, surnamed Tay who owns a Hotel in the Padungan area who is to my knowledge is responsible for the publication of the Article and a former officer in Jabatan Insolvency, Latip bin Mohammad for making a statutory declaration containing defamatory matters and published it to Sarawak Report amongst others.

Meanwhile, I must point out that the allegations made in the Sarawak Report relates to disputed factual and legal issues still pending determination by the Kuching High Court no. KCH-21-2NCvC-5/6-2018 : Tanjung Tiara Sdn Bhd (In Liquidation) v Sajeli Kipli and 6 others. I am the Counsel for all the Defendants which also included the State Government of Sarawak.

The Sarawak Report relates to matters which are sub-judice and in contempt of court. It is a clear attempt to intimidate me and to affect the discharge of my professional duties in the defence of the State Government and its Ministers and officials in this ongoing court case. Serious consideration will now be given to instituting contempt proceedings against Tay and Latip amongst others.

Nevertheless, I will continue to follow professional ethics and discharge my duties as Counsel for the Defendants without fear or favour. I carry out my professional duties based on facts and documents presented to me by those whom I represent in Court. If Tanjung Tiara Sdn Bhd or Tay disputes these facts or documents, such dispute should be decided by the Court in the ongoing case and not through a foreign news portal giving a bias account of the dispute.

Without commenting on matters which are sub-judice, I wish to point out the glaring omissions in the Sarawak Report, seemingly intended to shield certain parties from being implicated with the alienation of the land in question, Lot 63 Sawai Land District.

For the record, the title for the land was issued to Tanjung Tiara Sdn Bhd on 28.03.1994 following a written application by its Chairman, a well known West Malaysian politician made to the then Chief Minister of Sarawak. I challenge Sarawak Report to name him and seek MACC’s help to investigate why the land was alienated to this person’s Company at what Sarawak Report claims to be “low premium”. I am sure Sarawak Report would be transparent enough to make such an important public disclosure of the identity of the person who applied for and was given the land. If Sarawak Report wishes, it could authorize the State Government of Sarawak to produce the original application letter dated 21 January, 1994 for public inspection. In any event, this application letter had been disclosed in 2 cases before the High Court and Tanjung Tiara Sdn Bhd and its liquidators do not dispute its authenticity.

Also for the record, the said land was never alienated to Tan Yik Soon as alleged by Sarawak Report. The Land Registry Office records and the pleadings filed in the said court case will definitely confirm that the land has always been registered in the name of Tanjung Tiara Sdn Bhd. Tan Yik Soon who Sarawak Report claimed to be the “present complainant” has given me written confirmation that he never owned the land and he never made any complaint to Sarawak Report against me or any Minister or official in the State Government.

The sworn testimony of witnesses and the Judgments in these 2 cases will prove conclusively I was NOT the person who prepared that so called “bogus contract”. In fact the High Court declared it was a “valid and subsisting contract” and its judgment was upheld by the Court of Appeal.

I will sue Sarawak Report for this malicious allegation, and hereby ask its editor to appoint a solicitor in Sarawak to accept service of my writ.

In the meantime, I advise the public to await the outcome of the case of Tanjung Tiara Sdn Bhd v Sajeli Kipli & 6 others. I am confident this case would unearth the real truth; and the greedy and corrupt will be mercilessly exposed!