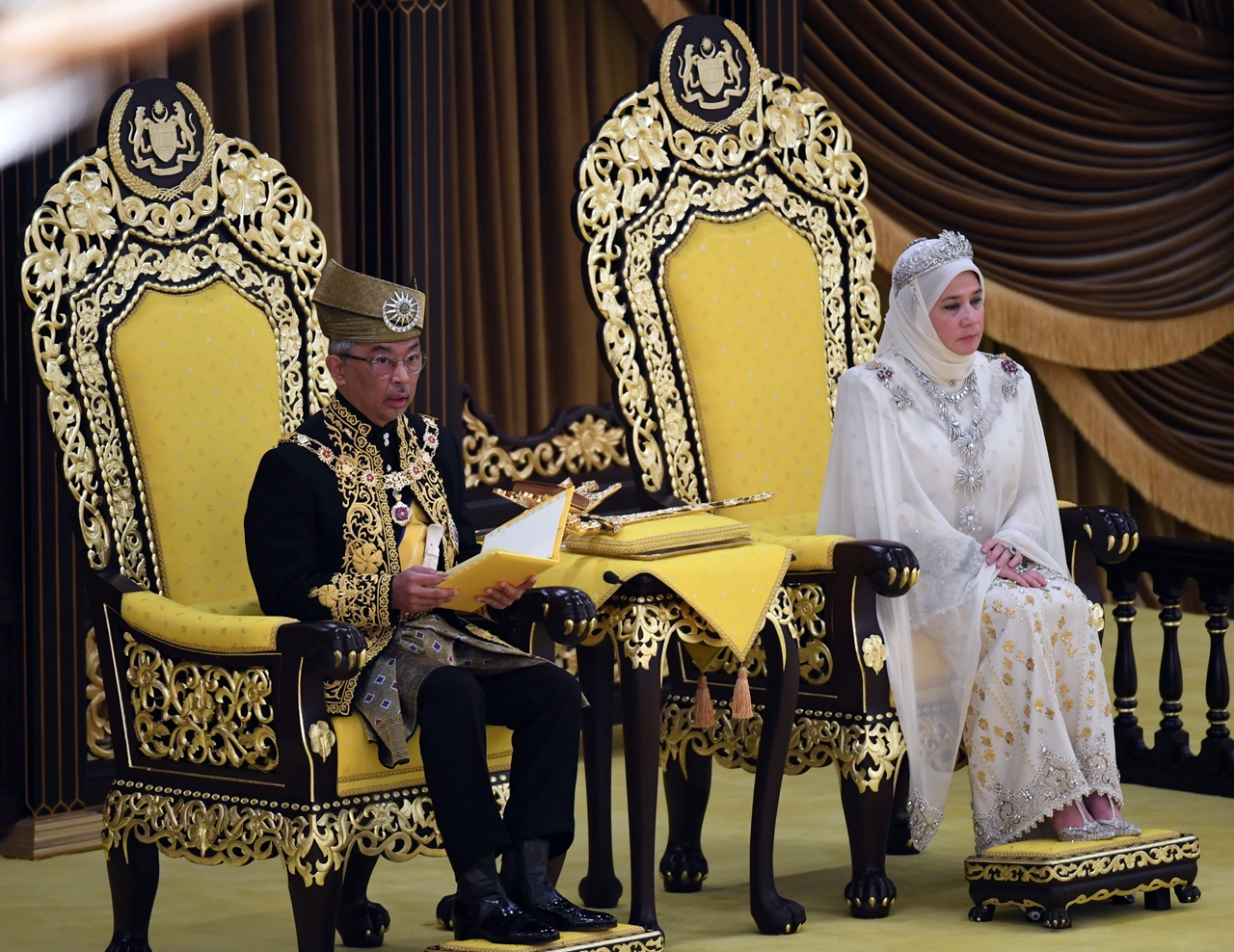 KUALA LUMPUR: Al-Sultan Abdullah Ri’ayatuddin Al-Mustafa Billah Shah, in his maiden address as the newly-installed Yang di-Pertuan Agong, called on the people to refrain from inciting misunderstanding by raising matters than can undermine and destroy harmony in the country.

His Majesty stressed that unity and harmony are the pillars and strength of the nation.

“Playing with fire will burn not only oneself but also the whole village,” Sultan Abdullah said at his installation as the 16th Yang di-Pertuan Agong at Istana Negara here today.

His Majesty also stressed that the Institution of the Yang di-Pertuan Agong is very important in the system of nationhood in Malaysia which practises parliamentary democracy and a constitutional monarchy and that the institution is not a mere symbol.

“It is the basis of unity, of bringing the people together and of sparking the spirit of patriotism. It is a spirit that, if inherited and cherished by every single citizen, can bring forth a sense of love and loyalty to the country,” he said.

Recognising this fact, His Majesty pledged to do his best to promote unity and tolerance among the people of all races and religions.

“I will put the people first; respect the old and honour the young. I will express all this with great humility,”  he said, welcoming the government’s effort to strengthen unity through the establishment of the Consultative Council for People’s Harmony.

Recalling the auspicious date of July 10, 1980, when his late father Paduka Ayahanda Sultan Ahmad Shah Al-Musta’in Billah was installed as the seventh Yang di-Pertuan Agong, Sultan Abdullah said it was destined by Allah (God) that he be installed today on the same throne used by his father 39 years ago.

“His relationship with the people was so intimate; it clearly showed his intention of always wanting the best for the people,” His Majesty said, and requested the audience to pray for his father’s soul to be placed among the righteous.

Sultan Abdullah said his reign as the Yang di-Pertuan Agong is somewhat destined because Tun Dr Mahathir Mohamad, who is now the seventh prime minister, was the fourth prime minister during the reign of the late Sultan Ahmad Shah.

So, he said, there is truth in the saying that a great statesman will never become out of date over time or in terms of age.

Therefore, Sultan Abdullah said, he hopes that the close cooperation and understanding that existed between his late father and the prime minister will continue during His Majesty’s rule for the sake of the country’s prosperity and the beloved people.

Sultan Abdullah also expressed optimism that the Pakatan Harapan government led by a widely-experienced and well-informed Dr Mahathir will be able to withstand any obstacle ahead and lead the country to the pinnacle of success.

His Majesty also welcomed the government’s efforts in restructuring the country’s development plans and strengthening the country’s finances, besides enhancing governance and integrity as well as combating corruption and defending the rule of law.

“I would like to congratulate my government for its foresightedness in coming up with a new economic model known as the Shared Prosperity Vision 2030.

“I hope that efforts to eradicate poverty are also given priority. The cycle of the legacy of poverty should be addressed immediately because it can affect the agenda of building a developed nation,” he said.

Sultan Abdullah expressed his gratitude to the Sultan of Brunei Darussalam, Sultan Hassanal Bolkiah, and his consort Raja Isteri Pengiran Anak Hajah Saleha for gracing the ceremony, and described their presence as a manifestation of the close relationship enjoyed by Malaysia and Brunei Darussalam.

His Majesty also paid tribute to the Crown Prince of Abu Dhabi, Sheikh Mohammed bin Zayed Al-Nahyan, who had also graced the ceremony.

“I am extremely honoured by the presence of His Highness Sheikh Mohammed bin Zayed Al-Nahyan. Sheikh Mohammed and I have come a long way since our military training in Sandhurst and, later on, in Oxford. We have shared fond memories together as friends and brothers.

“I also would like to take this opportunity to extend my greatest and heartfelt thanks and appreciation to all my guests who have flown from all over the world to be here on this auspicious occasion. Your presence has, undoubtedly, made this ceremony even more special,” said His Majesty.

Sultan Abdullah said he was also touched and honoured by the pledge of allegiance by the Prime Minister in representing the government, civil servants, security forces and the general public at the ceremony.

In concluding his address, His Majesty called on everyone to pray for the country to remain peaceful and prosperous and to be always under the protection of Allah (God). – Bernama