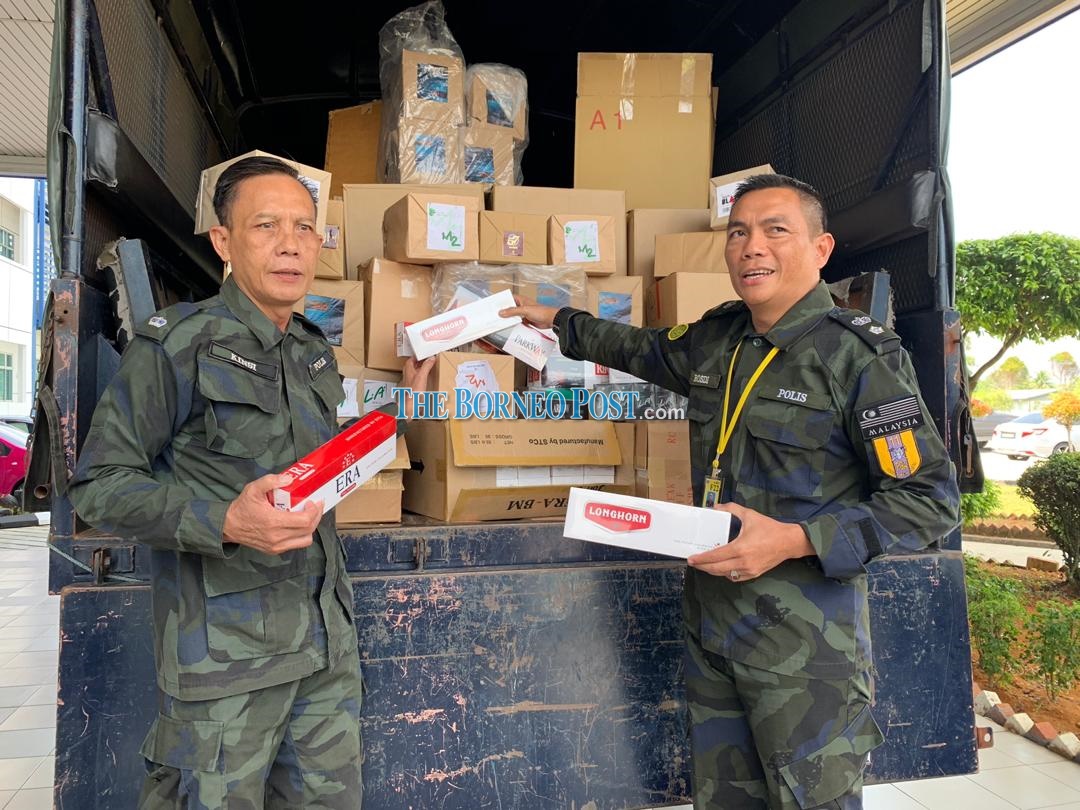 Rosdi (right) shows some of the illicit cigarettes that were seized in Serian.

KUCHING: A 56-year-old man who is being investigated by police for smuggled cigarettes, will also have to deal with graft busters after he offered a bribe of RM58,700 to General Operations Force (GOF) personnel during a raid here yesterday.

A total of 1,216 cartons of illicit cigarettes worth RM200,640 were seized during the raid on a storage facility in Kampung Triboh.

GOF 11th Batallion commanding officer Supt Rosdi Inai told a press conference this morning that the suspect, who is believed to be the store owner, has been referred to the Malaysian Anti-Corruption Commission (MACC) for further investigation.

“The suspect might face a jail sentence of up to 20 years or a fine five times the bribe amount,” he added.

The case, he added, will be investigated by the Serian police under Section 135 of the Customs Act 1967 for smuggling.

“The illicit cigarettes are believed to be smuggled in from a neighbouring country and is intended for the local market here,” Rosdi said, adding that the suspect faces a fine, imprisonment or both.

The 12.30pm ‘Ops Libas’ raid was carried out by nine PGA personnel led by ASP Mazlan Ariff together with three officers from MACC.

Rosdi also called upon the public to cooperate with the relevant agencies especially the police to tackle similar smuggling activities.