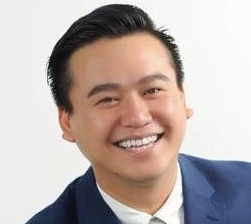 Ceasar, who is also state Armada Higher Institute of Education and Graduate Bureau chief, said that the appointment of Dr Taufiq is timely as it shows that the Federal Government is seriously committed to ensuring able Sabahans being put in leadership positions.

“Dr Taufiq is a local Sabahan and as a Muslim Chinese, he is the embodiment of the multi-ethnic and multi-religious ethos that we hold so highly in Sabah.

“He is also a very qualified academician, winning several awards in his field of study besides being appointed as a Fellow of the Royal Society of Chemistry, UK in 2018,” said Ceasar, adding that such recognition should be something that Sabahans should be proud of.

Ceasar, who is also Penampang Armada chief, added that that the Ministry of Education, through its minister Dr Mazlee Malik had made a good appointment considering the merits of Dr Taufiq.

The ministry had announced that the 51-year-old doctorate holder in Heterogeneous Catalysis’ appointment will be effective July 30, replacing Professor Datuk Dr D Kamarudin D Mudin who served as Vice Chancellor from June 18, 2017 to July 28, 2019.

Ceasar also said that this appointment is in contrast to several key appointments made by the State Government which elevated non-Sabahans to key positions in the state.

“Not too long ago, an appointment of a president of one of the municipal councils who was a non-Sabahan was shocking as heads of State agencies are supposed to be from the State civil service and should have been a local Sabahan.

“Now that the Federal Government is appointing Sabahans to top posts to deserving Sabahans, there should be nothing to complain about,” he added.

Earlier, Chief Minister Datuk Seri Shafie Apdal had lamented that the Ministry of Education did not consult the State Government over the appointment.

However, Ceasar said that while the state could submit proposals on the names of candidates, higher education is still a Federal List and the Federal Government has the prerogative on whom to appoint.

“This is what we want in the New Malaysia where Sabahans are duly recognised and this shows that the Federal Government is committed to empowering Sabahans in line with the Malaysia Agreement 1963,” he said.

Ceasar also urged everyone from all sides of the political divide to not politicise Dr Taufiq’s appointment.

“Let us move on and let the well-qualified academician do his job well in UMS to ensure that a Sabahan university can produce world class graduates,” Ceasar added.