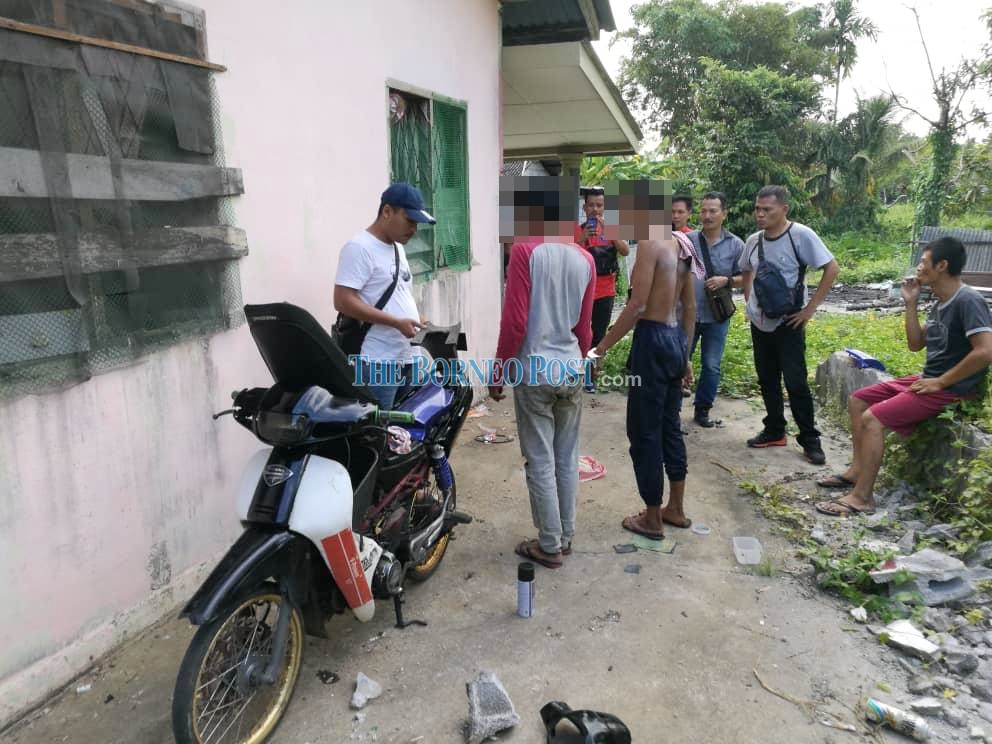 The suspects (second and third left) were arrested at a house in Kampung Segedup.

KUCHING: Two brothers, aged 18 and 24-years-old were arrested by the police for allegedly stealing parts of a fire hydrant at Taman Desa Wira yesterday morning (July 31).

Padawan District police chief Supt Aidil Bolhassan, who confirmed the arrests, said the suspects were rounded up by the police at a house in Kampung Segedup, Jalan Batu Kawa at around 4.30pm on the day of the crime.

Also arrested at 5.30pm was the manager of a scrapyard at Jalan Kong Ping who admitted to the police that he bought parts of the fire hydrant from the two suspects.

“This case will be investigated under Section 379 of the Penal Code for theft,” said Aidil, adding that both suspects have admitted to the crime.

The suspects also admitted that they sold the fire hydrant parts at the scrapyard for RM25.80.

Yesterday, the Fire and Rescue Department released the statistics for cases of fire hydrant vandalism in the state, with 4,928 fire hydrants defaced or vandalised this year.

The 24-year-old suspect has three prior criminal records for theft and one record under Section 15(1)(a) of the Dangerous Drugs Act 1952 for drug abuse.

Police also seized the suspect’s motorcycle, two helmets, and a sledge hammer as well as two receipts related to the purchase of the stolen fire hydrant parts.

“The suspects will be remanded today to assist in the investigation,” he added.