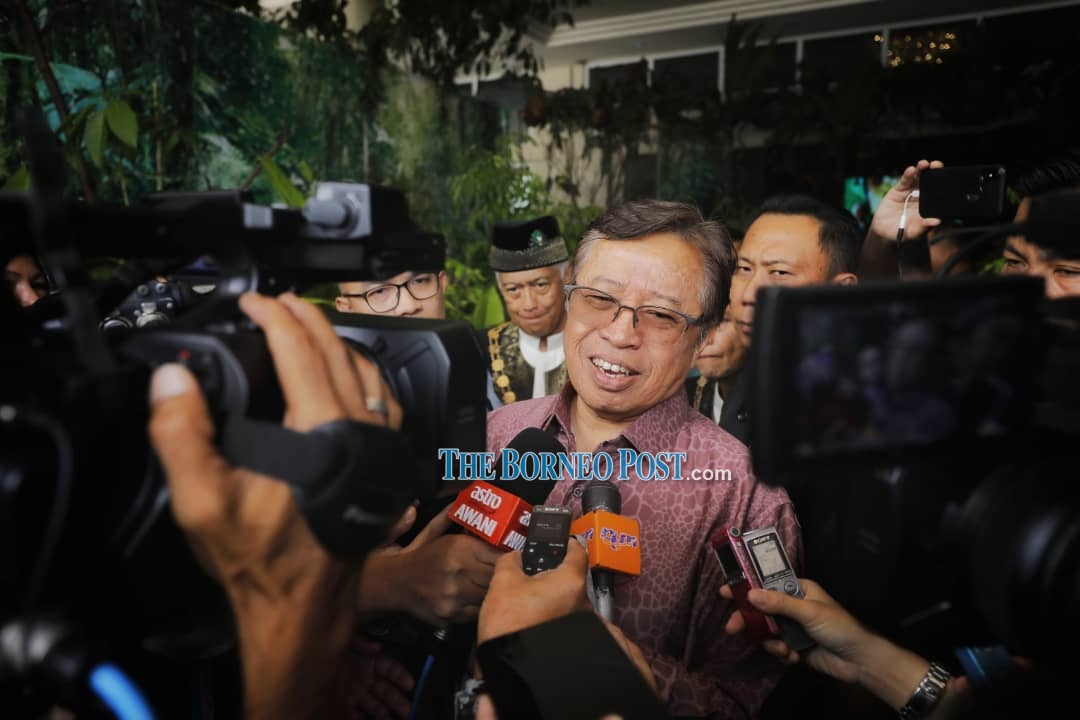 Abang Johari speaking to reporters when met after the City Day celebration today. – Photo by Chimon Upon

However, the GPS chairman said he could not confirm news report on GPS and other opposition politicians had wanted Dr Mahathir to remain in office.

Abang Johari said the prime minister had invited political parties to meet him on Tuesday, adding that the meeting was just “to have a chit chat and that’s all”.

“I don’t know because I was not there. I know about the meeting but I don’t know what transpired from the meeting,” he said when met by journalists after the City Day do here,

To further questions, Abang Johari maintained that he had no knowledge about what had been deliberated at the Tuesday meeting.

Earlier today in Putrajaya, Dr Mahathir confirmed media reports that several leaders from the opposition UMNO, PAS and GPS parties had met him on Tuesday.

“They wanted to come and see me. I saw them. I heard what they wanted to say. Well, a lot of them expressed support for me, thank you very much,” he was quoted as saying by Bernama.