Friday, September 24
You are at:Home»News»Dr Jamilah: S’wak to go along with smoking ban educational enforcement extension til year end 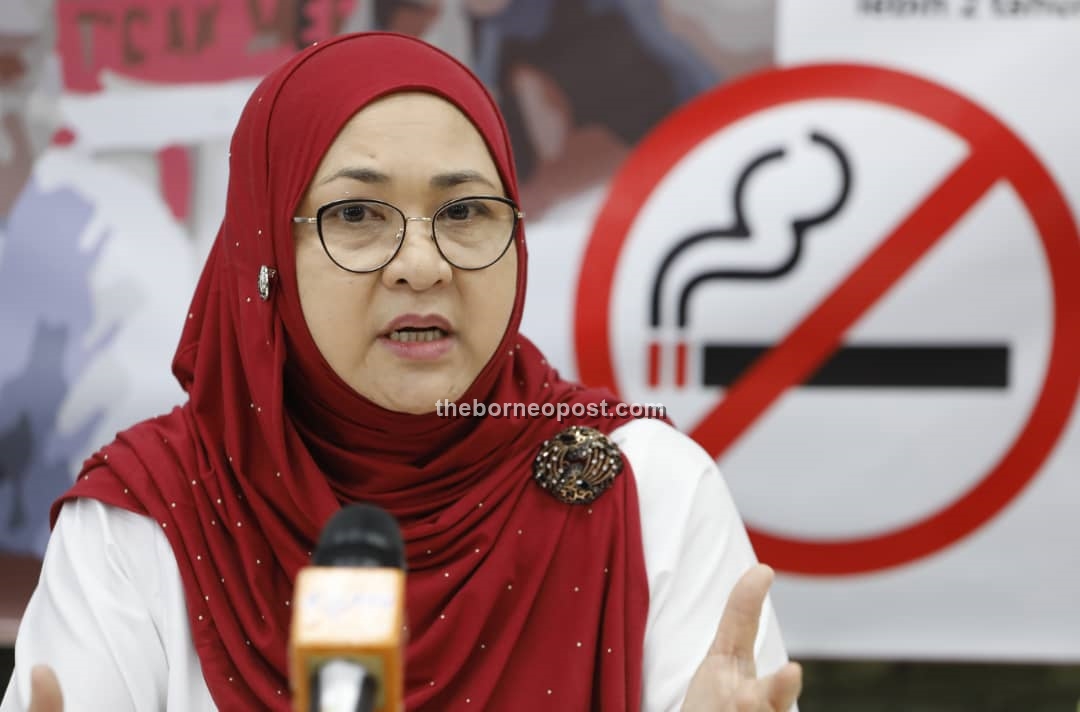 KUCHING: The educational enforcement of the smoking ban at eateries and restaurant will continue until the end of the year, said State Health Director Dr Jamilah Hashim.

“We will follow what the Health Ministry says. The reason of extension has been announced by the minister,” she told The Borneo Post.

States in Malaya begun the educational enforcement on Jan 1 this year, Sabah (Feb 1) and Sarawak (March 1).

Initially all three regions announced a six-month educational enforcement period before the actual implementation of the ban takes effect.

When the actual implementation of the smoking ban come into force, penalties would be imposed on both smokers and food premises operators or owners caught violating the ban, according to earlier reports.

Effective March 1, all operators and owners of food premises must display at least one standard ‘No Smoking’ sign. Smokers must not light a cigarette within or around the premises, and if they have to, they must keep a three-meter distance from the eateries.

Food operators and owners has also been advised to use material that is not easily torn for the warning sign.

They must also remove ashtrays or any other objects that allow smokers to dispose of their cigarette butts.

Those found still displaying ashtrays or sometimes  ‘tong susu’ (milk tins) that serve a similar purpose will be fined not more than RM5,000 or a jail term of one year.

The smoking ban is Malaysia’s commitment as a member state to the Framework Convention on Tobacco Control. It adheres to the guidelines under Article 8 of the World Health Organisation.