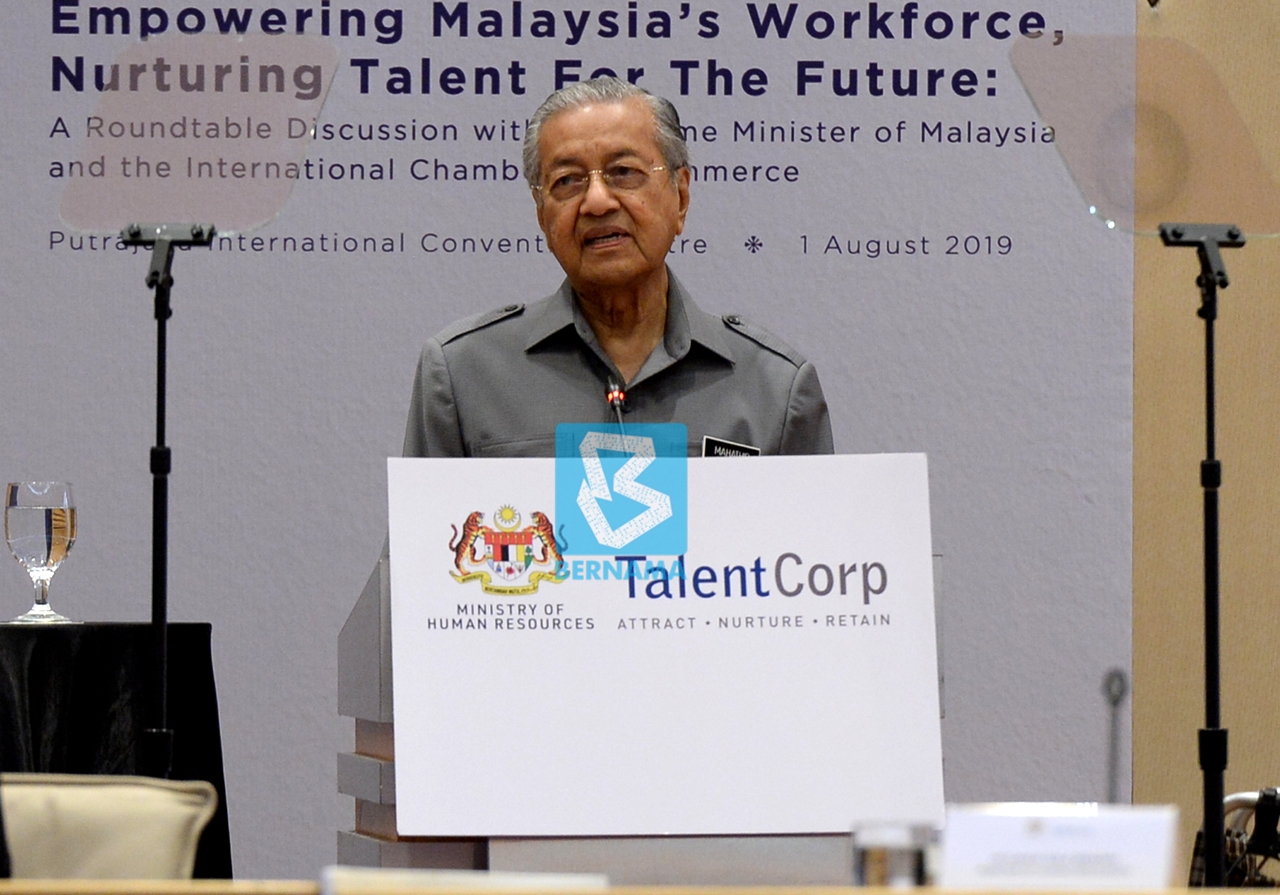 Speaking at a round-table session with international business chambers on workforce here today, Dr Mahathir said all these have serious implications on the economy and businesses.

He said the government would be reviewing labour laws to improve the labour market, ensure greater transparency and further safeguard the welfare of workers.

Dr Mahathir said reforming the labour market was one of the four priority areas highlighted during the Mid-Term Review of the 11th Malaysia Plan (11MP) which was presented last year.

Other priority areas are improving labour efficiency and productivity, enhancing access to quality education and training, and fostering stronger industry-academia linkages, he said.

Under the priority area of improving labour efficiency and productivity, he said, two strategies would be implemented — strengthening the rights of workers and increasing female labour force participation.

In this aspect, he said TalentCorp had been steadily supporting Malaysia’s aspiration to achieve a 59 per cent female labour force participation rate by 2020 through initiatives like the Career Comeback Programme which received acclaim at the 2016 Global Summit of Women in Warsaw, Poland.

“Furthermore, the government is committed to streamline and simplify expatriate services as an enabler to transform Malaysia into a preferred country for investment and top talent,” he said.

For the priority area of fostering stronger industry-academia linkages, two strategies were outlined, namely to develop industry-relevant skills, and to promote contributions of society and industry, he said.

Dr Mahathir said the government has several initiatives aimed at empowering the quality of Malaysia’s talent pool, including the Structured Internship Programme (SIP) which is spearheaded by TalentCorp together with the Education Ministry, and the Graduates Enhancement Programme for Employability (GENERATE 2.0) under the Human Resources Development Fund (HRDF).

However, he said all these initiatives and strategies would not achieve positive results if the workforce did not have the passion for the tasks and jobs they were entrusted with.

“If they are passionate and able to dispense their tasks well, better wages and emoluments will come along naturally,” said Dr Mahathir. – Bernama