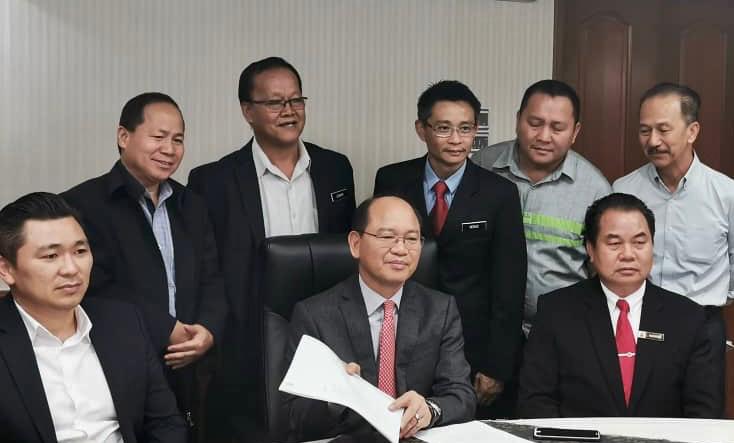 “What is important for me to emphasise is that the intention of the posting was only as a reminder for us all on the regretful action of individuals, and never about other religion.

“It is also a posting for us all to appreciate that currently we have a Chief Minister, YAB Datuk Seri Panglima Mohd Shafie Apdal who has shown his concern and care for the well-being of the churches,” he said in a statement yesterday.

The Upko president stressed there was no intention nor was there anything in his posting to show disrespect towards any religion.

“I have always believed in, supported and promoted the harmonious relation between different faith and races in this country.

“This is corroborated by the steps that as the president of Upko, I established the Biro Agama dan Keharmonian Kaum Upko in 2014.

“And I am proud that Sabah has always been looked up to as a fine example of such respect and tolerance between people of different faith,” he pointed out.

Madius also said that police had taken his statement in response to the various police reports that had been lodged against him concerning the posting made on July 21 on his Facebook page.

“I am confident that the police will investigate this matter fairly and professionally. I have given my full cooperation and have also forwarded the relevant documents in supporting and explaining my posting.

“The documents that I am referring to is a memorandum that was given to me many years ago when I was a student leader.

“I have explained to the police of what had transpired at that time and the action that I had taken after receiving the memorandum.

“However, as this is still a police investigation I therefore could not share the contents of the memorandum,” he said.

Madius, in expressing hope for all quarters to move on from this episode, said it is also my hope that “we always remain true to ourselves in protecting the uniqueness, beauty and the special bond that binds us all in Sabah through mutual respect and understanding”.