Monday, March 1
You are at:Home»News»Durian sculpture a sight to behold at Serian Durian Piazza 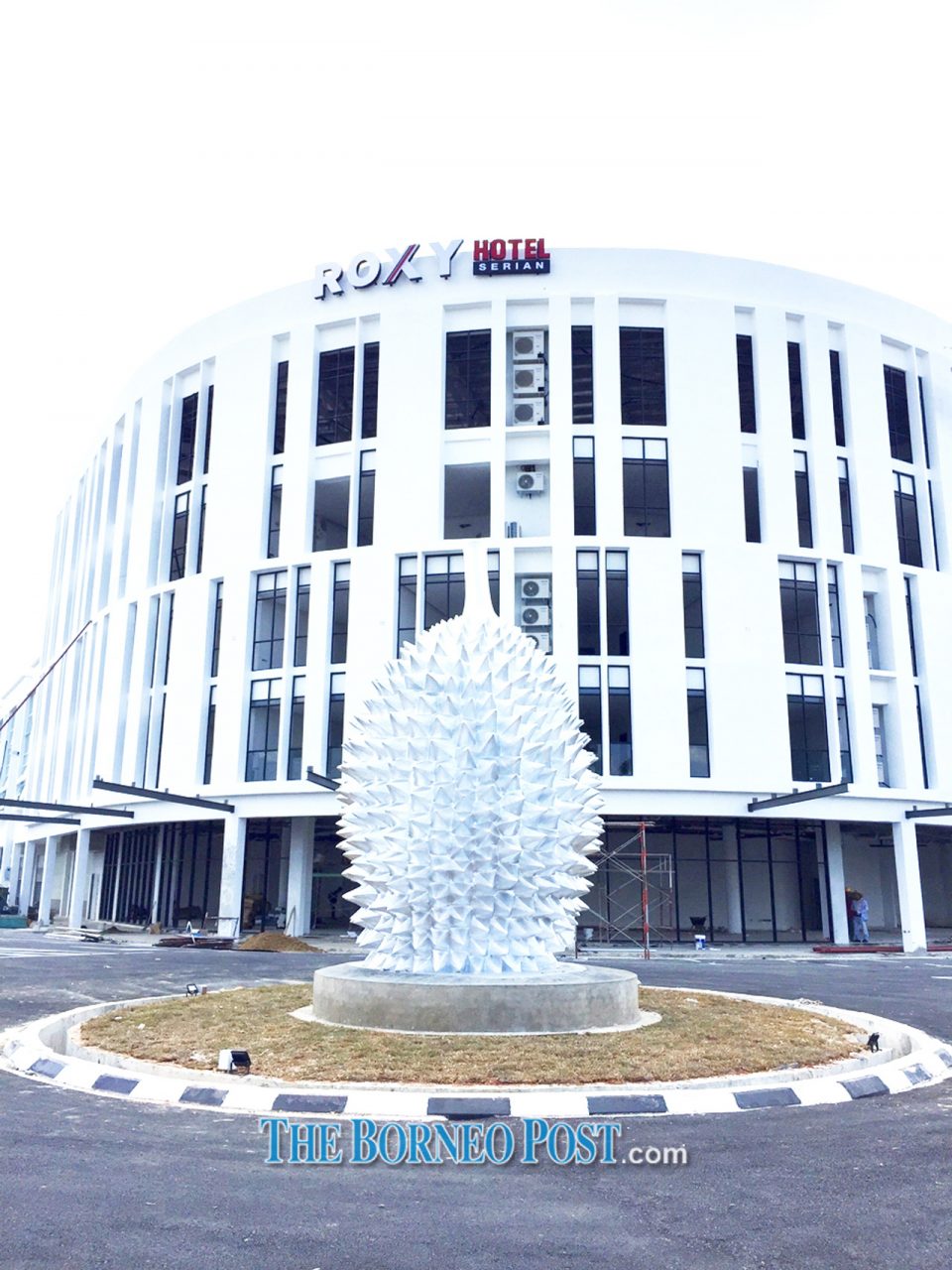 Made entirely out of concrete, the silver sculpture is located right in front of the upcoming Roxy Hotel, scheduled to open in October, at Serian Durian Piazza commercial centre.

Weighing approximately 7.5 tonnes, the sculpture is the brainchild of Tecktonic & Sons Holdings Sdn Bhd managing director Lee Chin Teck who believes that the durian sculpture is the largest in the country thus far.

He said the idea to create a ‘silver durian’ sculpture goes back to 2017.

“Originally, the sculpture was to be made using a particular aluminum material from China.

“But we found a Sarawak-born sculptor who knows how to create sculptures using concrete and so we decided to paint the durian silver to go with our original aluminum design theme,” he explained. 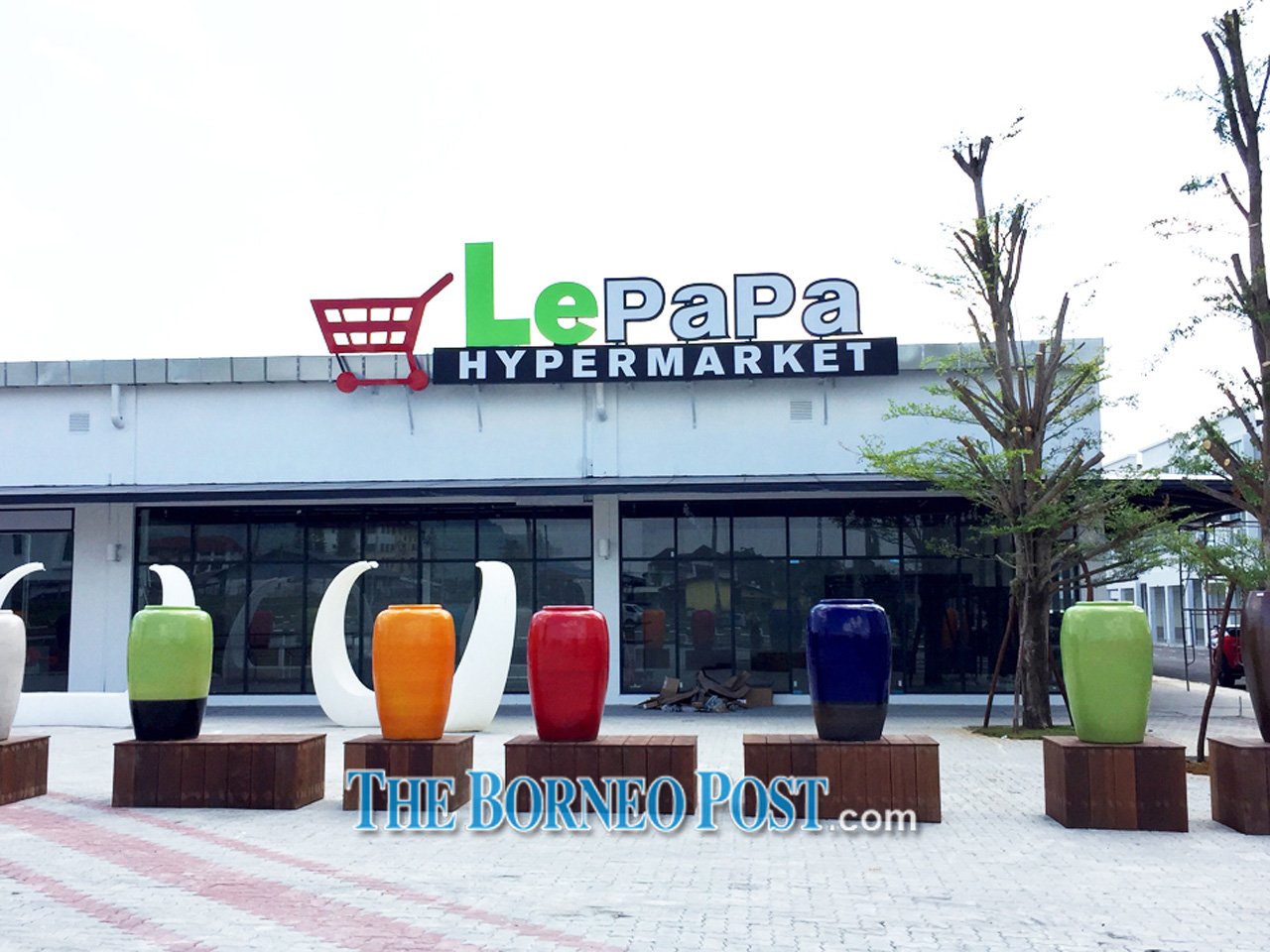 LePaPa Hypermarket is expected to open this month end.

He added that the artistic project was quite a challenging one as clearance from relevant authorities were needed in order to transport the huge concrete fruit to Serian.

Meanwhile, Lee is also currently leading the final preparations for the opening of his highly anticipated hypermarket, LePaPa Hypermarket which is expected to open this month end.