Saturday, July 4
You are at:Home»News»Kpg Badul weekend market set to be another attraction 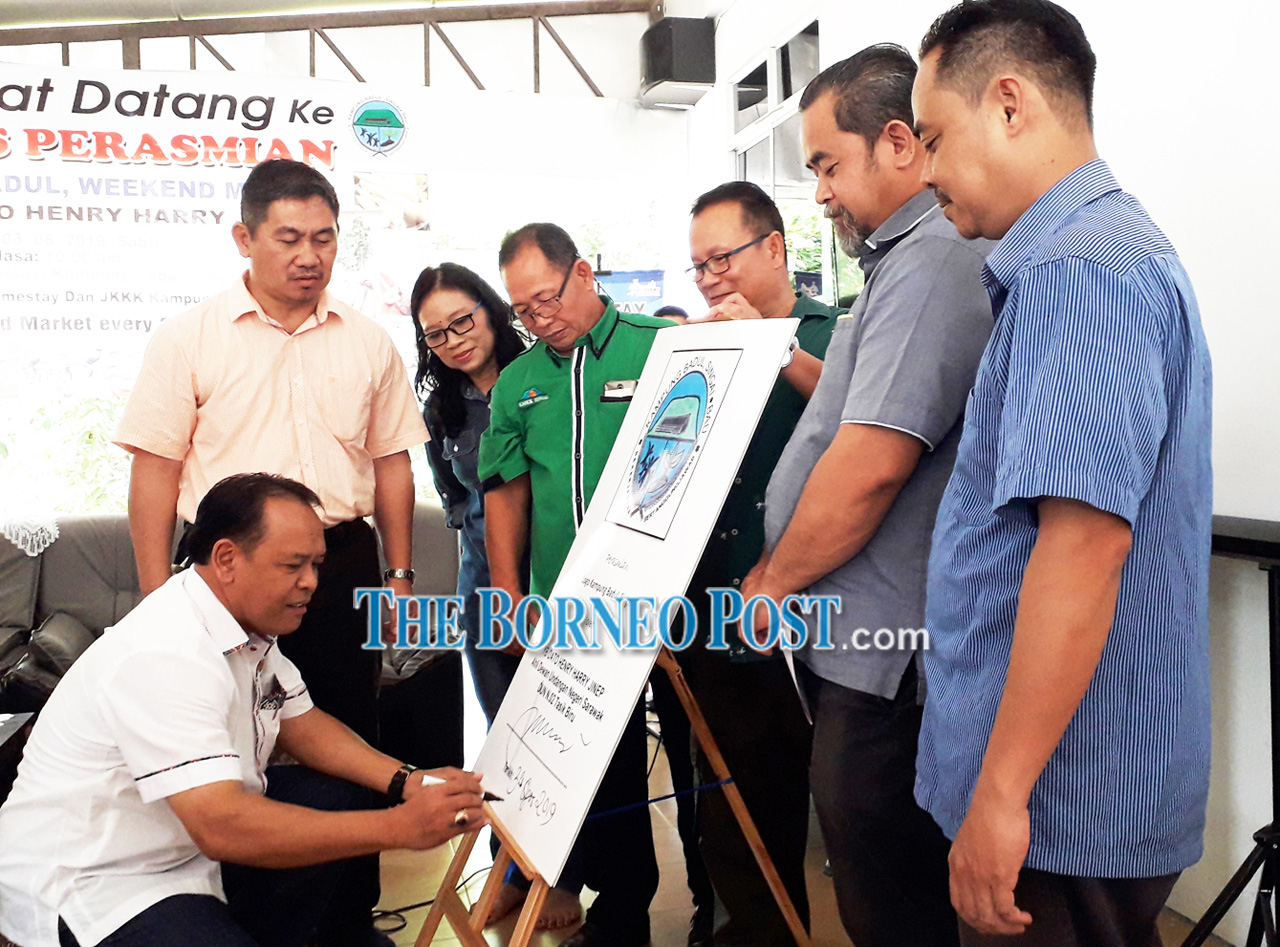 Harry (left) launches the village logo by putting his signature along the dotted lines.

He believes so, especially upon full completion of the Pan Borneo Highway.

The weekend market is a very good initiative undertaken by the village development and security committee of Kampung Badul, Singai, to boost the socio-economy of the local people.

He said despite being a new village with a population of just 71 households, the people have started to see activities coming up involving the villagers themselves and also others from the surrounding areas.

“I commend the good cooperation between the village JKKK and the homestay operator in coming up with plans to develop the area, especially in terms of socio-economy.

“I will do my best by setting up a hawker centre to sell your agriculture produce and handicraft once the Pan Borneo Highway project has been completed,” he said at the launch of the weekend market and the village (Kampung Badul) logo.

Harry believed the market could be sustained because the area is fertile, suitable for planting vegetables and fruit trees.

He said the Singai people had shown great interest in the business field by selling whatever that could be sold, over the past two years.

Kampung Badul, he said, was a clear prove, where the people could work together for a common purpose.

“Although the crowd is not there yet, I believe the passion of the local people to do business is always there, h he said.

The weekend market opens every Saturday.