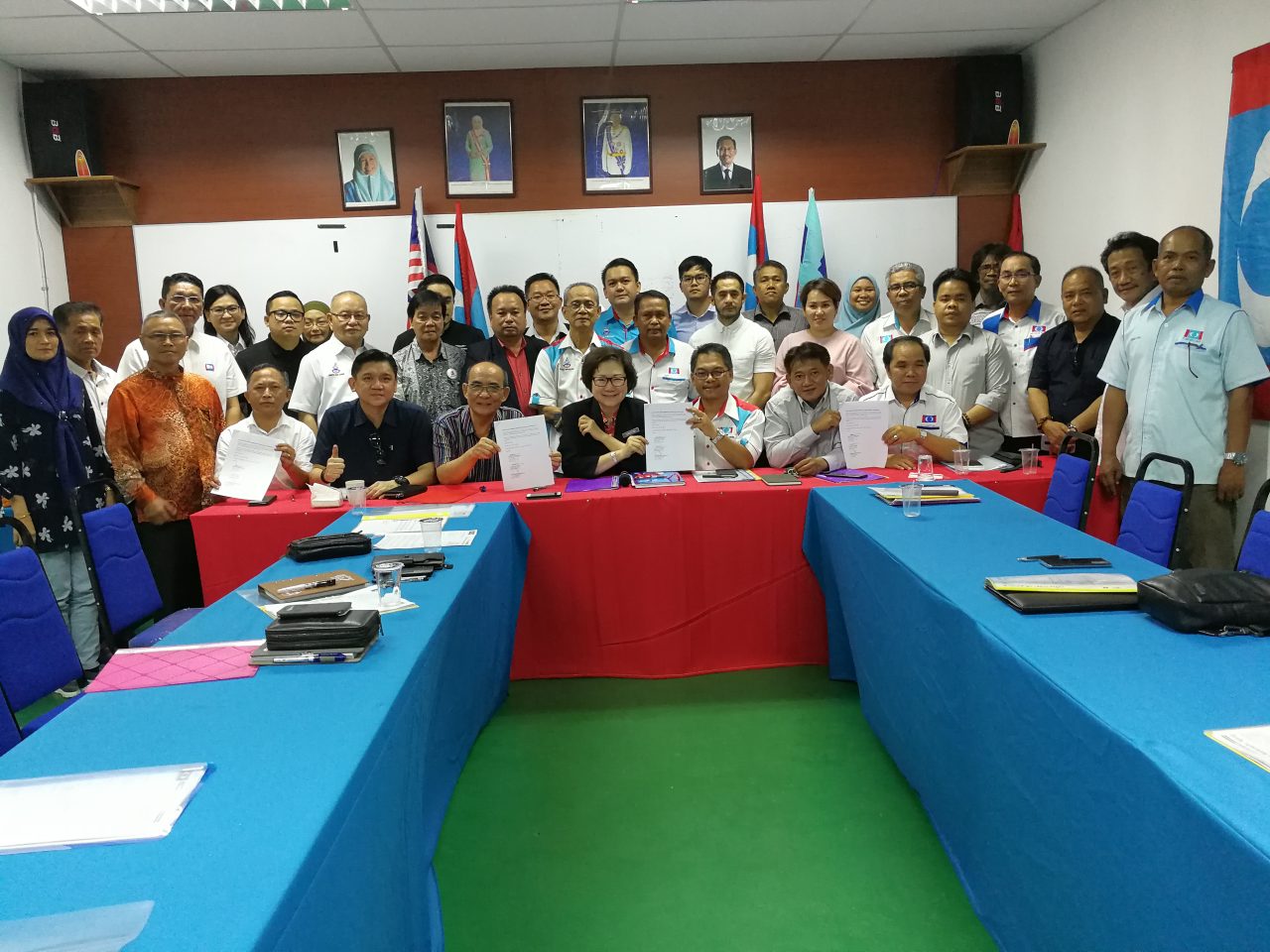 Liew (seated at centre), flanked by John (on her right) and Mustapha, and other leaders display the pledge signed by 17 branch heads. Kenny and Ag Husaini are second from left and second from right, respectively.

KOTA KINABALU: Sabah State PKR leaders have pledged loyalty and full support for President Datuk Seri Anwar Ibrahim to continue leading the party and for him to be the eighth Prime Minister of Malaysia.

Seventeen out of 26 party branch heads have signed the pledge which was announced by State PKR chief Datuk Christina Liew at the party’s State Leadership Council (MPN) meeting held at the headquarters here on Saturday.

Two branch heads who sent representatives to the meeting were Libaran’s Jaffari Walliam who is also a Nominated Assemblyman, and Ranau’s Jonathan Yasin who is also MP for Ranau.

Also present at the meeting were State PKR Vice-Chairman Datuk John Ghani and Political Secretary to the Ministry of Tourism, Culture and Environment, Vivien Lee.

Meanwhile, Liew, who is also Deputy Chief Minister, made a donation of RM10,000 to Pusat Pendidikan Teologi Bavangazo, Tinangol in the Matunggong constituency. The roof of the building was ripped off in a storm on July 30 this year.

PKR Kota Marudu branch head Sazalye Donol Abdullah will present the sum to the school on behalf of Liew.

She also announced a donation of RM1,000 for each branch to celebrate Hari Raya Qurban which falls on August 11.

The meeting also agreed to give away the three cows costing RM14,000 and donated by Libaran Branch Deputy Head, Surian Sah Hanafiah to the Kinabatangan Branch (two) and Batu Sapi Branch (one) for the celebration.

Liew also made a donation of RM2,000 to the Tuaran branch led by Dausil Kundayong for today’s (Sunday) party membership acceptance ceremony for 500 new members at Kg Kindu, Tuaran.