Friday, December 4
You are at:Home»News»800 Mbps WiFi for Lawas by this year 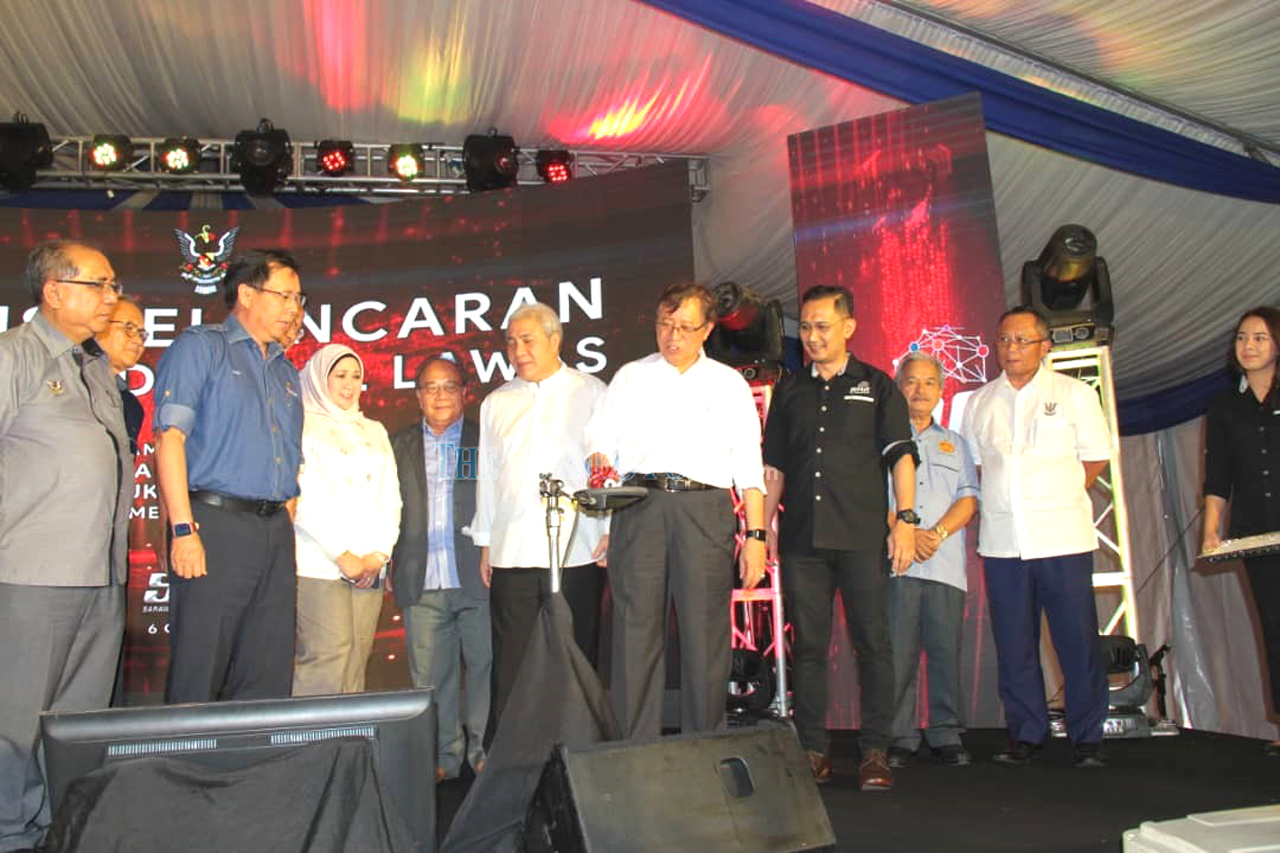 Abang Johari (fourth right), flanked by Awang Tengah on his right and Dr Zaidi, declares open the Badundun Digital Lawas as others look on.

LAWAS: Sarawak Multimedia Authority (SMA) will provide WiFi coverage in Lawas within this year to serve the needs of the local community through infrastructure development.

“SMA will upgrade the infrastructure and will introduce 800 Mbps for WiFi here,” he said, adding it is part of the state government’s initiative to accelerate uptake of digital-driven ventures in various sectors in tandem with the global trend of moving towards Industrial Revolution (IR) 4.0 and digital economy.

The Chief Minister said smart agriculture management is cost effective and efficient from production to marketing of products to the global market when infrastructure is in place.

The state is targeting to put up 300 communication towers this year and further increase the number in shaping the state towards digital technology in both urban and rural areas where the Internet of Things (IoT) will make conventional methods obsolete.

The state has received international and national accolades for adopting this approach in facing the future and Abang Johari said he is laying the foundation of the ecosystem for the younger generation to thrive and be competitive in the global scene.

“The old ways have been transformed by Google-driven e-education, e-commerce, and the Sarawak Pay system is one of the steps taken in this direction towards economic transformation in Sarawak,” the Chief Minister said.

Marketing of products from tourism, agriculture and other sectors has been the state’s target in the digital economy push and there are already signs of adoption in the rural areas.

“In Igan, a single mother selling kerepek on her website can earn up to RM4,000 monthly through digital economy with aid of a smartphone,” he pointed out.

“Professor Michio Kaku, a futurist, commended our Chief Minister for putting Sarawak on the right course to meet future challenges and opportunities where intellectual capacity is wealth,” he said.

He hoped the people will embrace IR4.0 and digital economy to tap into the global market to promote and sell their goods and services.

Previous ArticleMasing: Khat should be taught in religious schools, not Chinese schools
Next Article MOH cautions public of seven beauty products with mercury