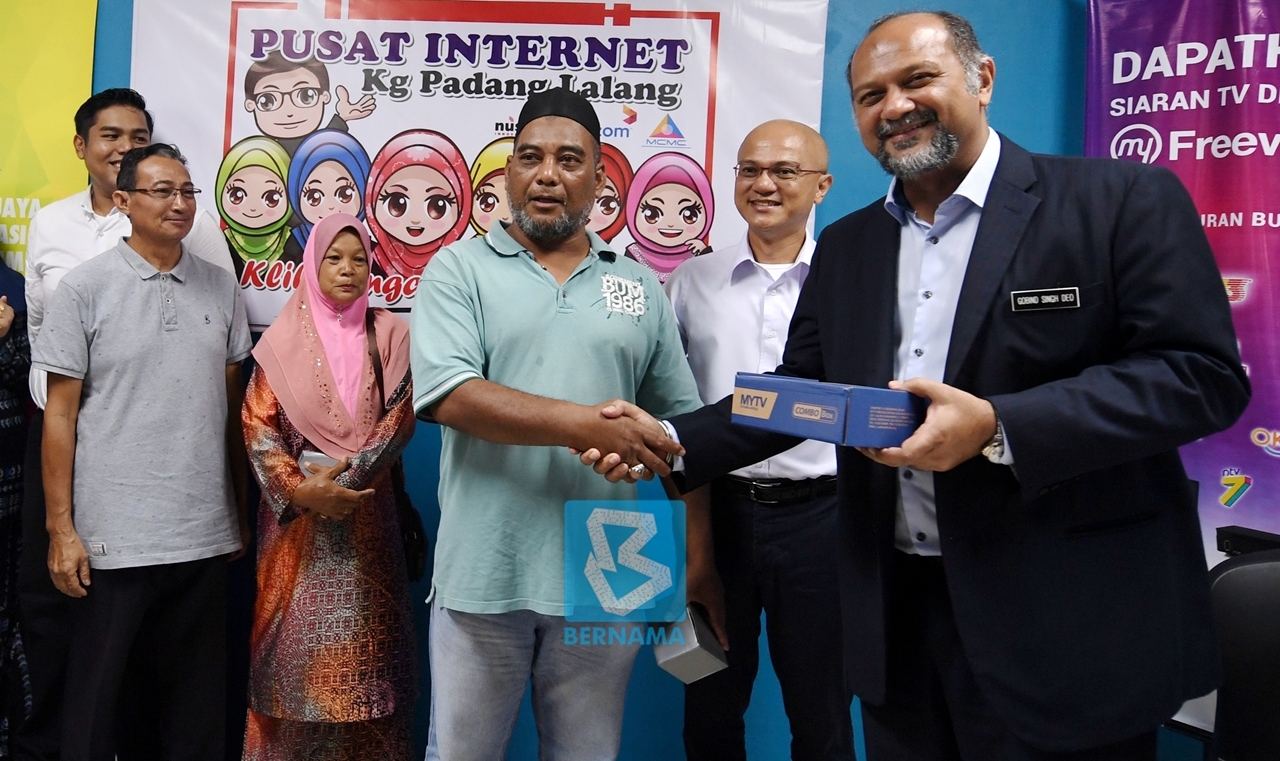 LANGKAWI: The gradual transition from the analogue television broadcast to the myFreeview digital TV broadcast opens up opportunities to diversify the content to be delivered to consumers, Communications and Multimedia Minister Gobind Singh Deo said today.

He said the 15 channels available in the myFreeview digital TV broadcast is crucial for the delivery of information to consumers.

“We can continue to have just two channels but, I believe, we have to consider the new world of digital broadcast.

“The 15 channels in myFreeview are important because they enable us to learn a lot from the whole world, including in terms of sports and dramas … there is much content in digital TV for consumers,” he said at a casual meeting with six eligible recipients of the set-top box (STB) or DVB-T2 decoder at the Internet centre of Kampung Padang Lalang in Mukim Ayer Hangat here.

Gobind also spent some time listening to the concerns, complaints and suggestions of the decoder recipients at the session.

Earlier, the Internet centre manager, Nor Asmak Amsari, briefed Gobind on the distribution of the STB to the eligible recipients in the Ayer Hangat state constituency.

On the pilot project pertaining to the transition to digital TV broadcast in Langkawi since July 21, Gobind said these tests had to be conducted to obtain feedback and complaints from the viewers.

“Each of the problems will be categorised by area and how we want to resolve it.

“After this, the transition to digital TV broadcast will be applied to the whole of the peninsula and Sabah and Sarawak in stages. There will be challenges, of course, but I am confident we can overcome them,” he said.

Previous Article‘Tender for beautification of Kuching North issued, project expected to start end of the year’
Next Article MITI lauds no new tax measures in Budget 2020