Monday, February 17
You are at:Home»News»Jalan Chawan graveyard squatters may finally see light at end of the tunnel with committee’s aid 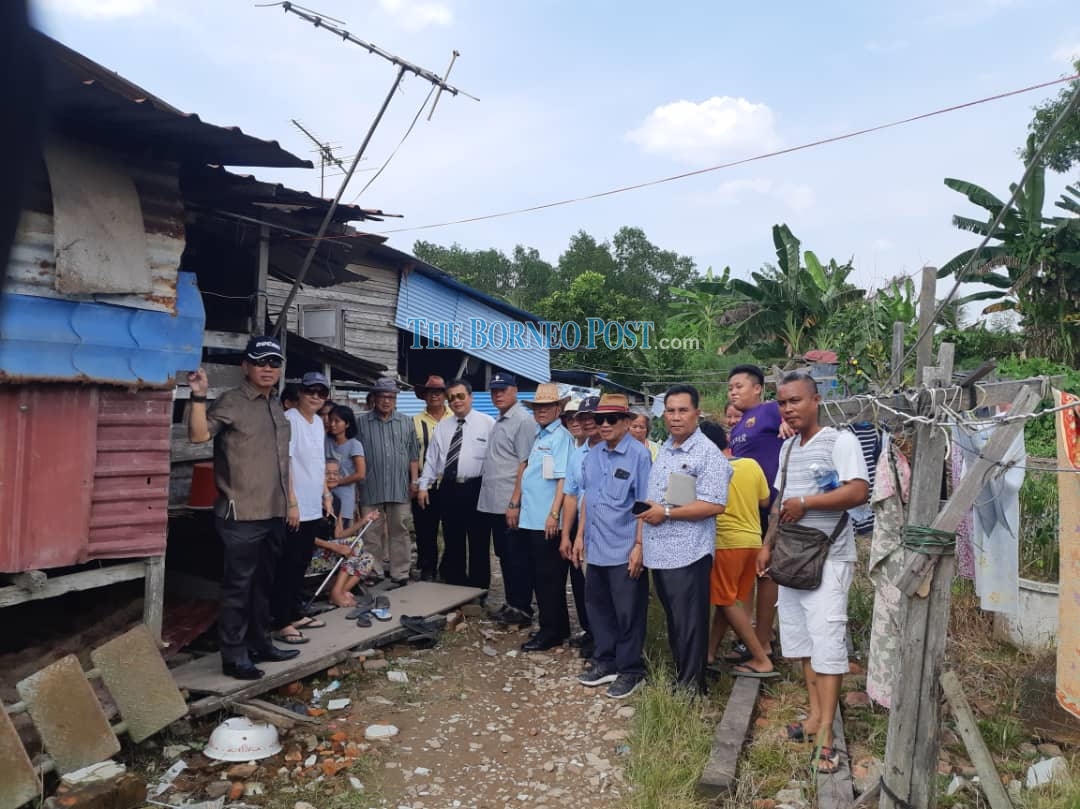 KUCHING: The plight of some 50 families residing in a graveyard at Lorong 13 Jalan Chawan here is being looked into by the newly formed Kuching Urban Poor Committee (KUPC), which is made up of Iban community leaders.

Members of the committee, which was formed in May 2019, had visited the squatter colony on Monday together with members of Persatuan Ketua Masyarakat dan Tuai Rumah Kaum Iban Bahagian Kuching (Pemaik).

“We had gone to get to know these people, who live in stilt houses above several graves, and to gather feedback from them. They were cooperative and willing to explore any possible solution to their woes,” the KUPC spokesman Wit Malang told The Borneo Post.

Following the visit, which was led by the committee’s chairman Temenggong Dato Bernard Aggan and his Deputy Lt Gen (Rtd) Datuk Stephen Mundaw, all the residents have agreed to have a meeting with the committee on Aug 12.

Wit said KUPC also planned to pay a courtesy call on Chief Minister Datuk Patinggi Abang Johari Tun Openg to brief him on the predicaments faced by the squatters.

Some of the squatters had lived in the area for about 30 years.

Previous ArticleElderly father living in fear after being threatened by loan sharks over son’s loan
Next Article Maszlee: Jawi for all Year 4 pupils decided in 2014, will not be tested or assessed