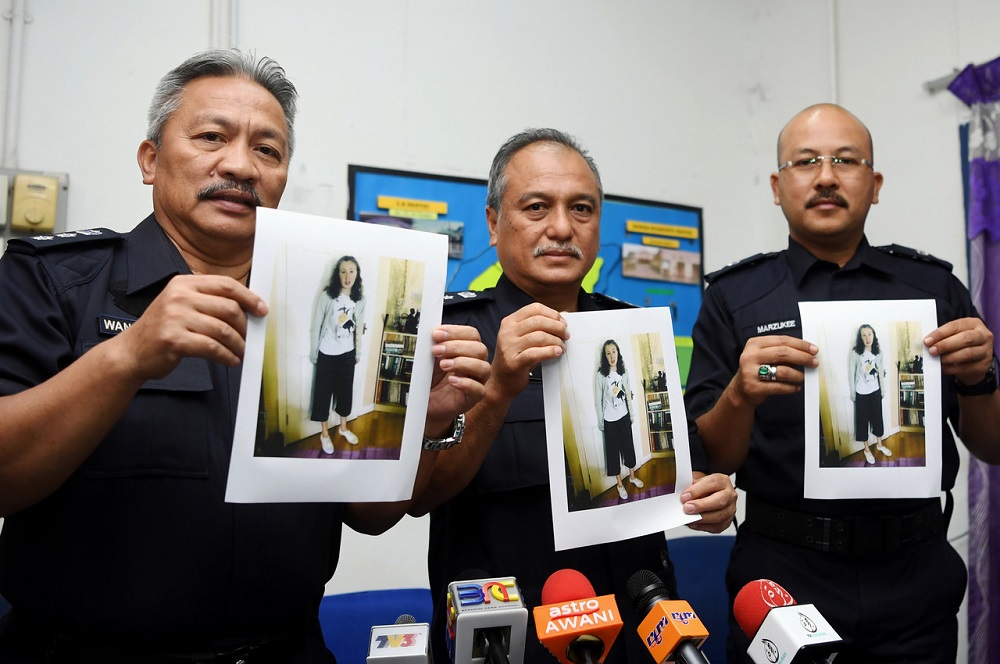 Negeri Sembilan police chief Datuk Mohamad Mat Yusop said no criminal element had been detected to date so the case was still being classified as a missing person case.

“We also believe that the victim is still somewhere in the area hence why our assets such as General Operations Force, helicopter, Fire and Rescue, Civil Defence Force and People’s Volunteer Corps (Rela) are focused here,” he told a media conference here today.

He urged the public not to exaggerate in spreading information about the case.

“If they do have authentic information, use the proper channel and don’t spread it indiscriminately as the foreign media may unwittingly pick and use it.

“We can take action against them for spreading false information,” he warned.

Mohamad said the search and rescue operation at the resort was still continuing.

“Tomorrow, we expect to increase our personnel and search the area that we had covered this morning as well as the expanse below towards the beach,” he said.

Media covered the case of the missing 15-year-old Irish girl yesterday following a report lodged by her family who became aware of her disappearance from her room around 8 am.

According to the family, the teenager had some learning disabilities. – Bernama