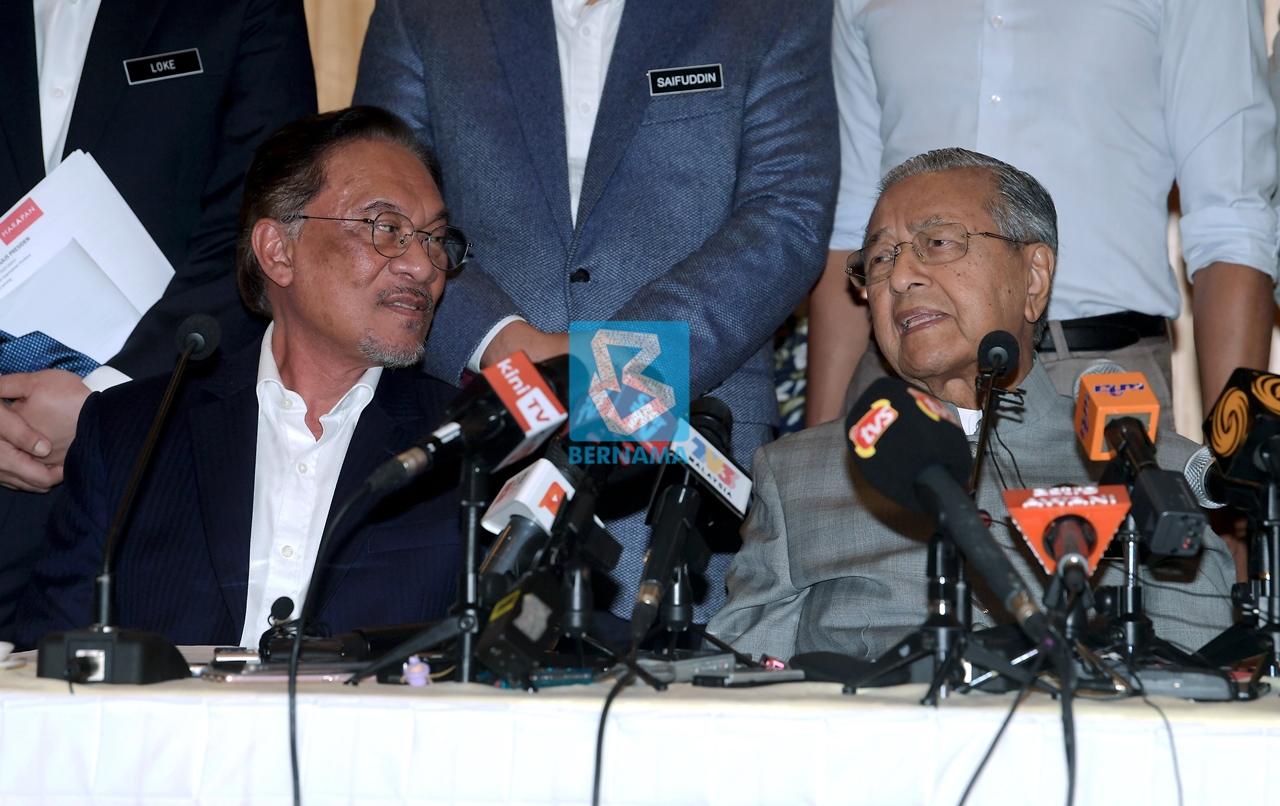 KUCHING: A group of non-governmental organisations (NGOs) has today told Tun Dr Mahathir Mohamad to set a clear transition plan for the prime minister’s post with Datuk Seri Anwar Ibrahim being made the deputy prime minister six months before he finally takes over in 2021.

The Coalition for Clean and Fair Elections (Bersih 2.0), Muslim Youth Movement of Malaysia (Abim) and Gabungan Bertindak Malaysia (GBM), in an open letter, said the move was necessary for political stability.

“A clear and publicly known transition plan would quash rumours and conspiracy theories perpetrated by those who seek to gain from the instability and see the breakup of the coalition,” the letter said.

They pointed out that the current feud in PKR was causing much concern among the people and the international community as it has the potential to break up the Pakatan Harapan (PH) coalition and cast the country into political disarray.

They said their concern was civil society organisations was in pushing for institutional and political reforms and if political stability was not restored, the reform agenda of the PH government achieved so far could be reversed.

In addition to a clear transition plan from Dr Mahathir to Anwar, the group said PH must limit the prime minister’s term to two terms as this is a manifesto promise that has yet to be fulfilled.

“The rationale of setting such a term limit is that we do not want to see future PMs holding power for too long, which not only risks abuse of power and corruption but also builds up frustration and antagonism among other aspirants for the top job.

“Unless the first term which does     not start with a new Parliament is less than two years, the term of a PM should start from the time of appointment and not at the start of a new Parliament term to ensure that the maximum terms permissible are kept to two,” they said.

At the same time, the group reminded PH of its manifesto promise to reduce the concentration of executive power in the hands of the prime minister.

They said unless laws were amendment and Parliament was adequately empowered, especially in the process of major appointments, there is no guarantee that future prime ministers would not abuse such powers.

“A flatter power structure with a term limit for the PM would make peace and stability easier among ambitious politicians by creating more chances and entry points for advancement in their political career,” they said.

Legal amendments, they said, were required to institutionalise the independence and empowerment of these institutions so that they can be effective checks and balances on the system of government.

They stressed that draconian laws that violate the people’s fundamental rights under Article 10 of the Federal Constitution should be repealed, and laws against racism, bigotry and gender bias should be reviewed for amendment or enactment where necessary.