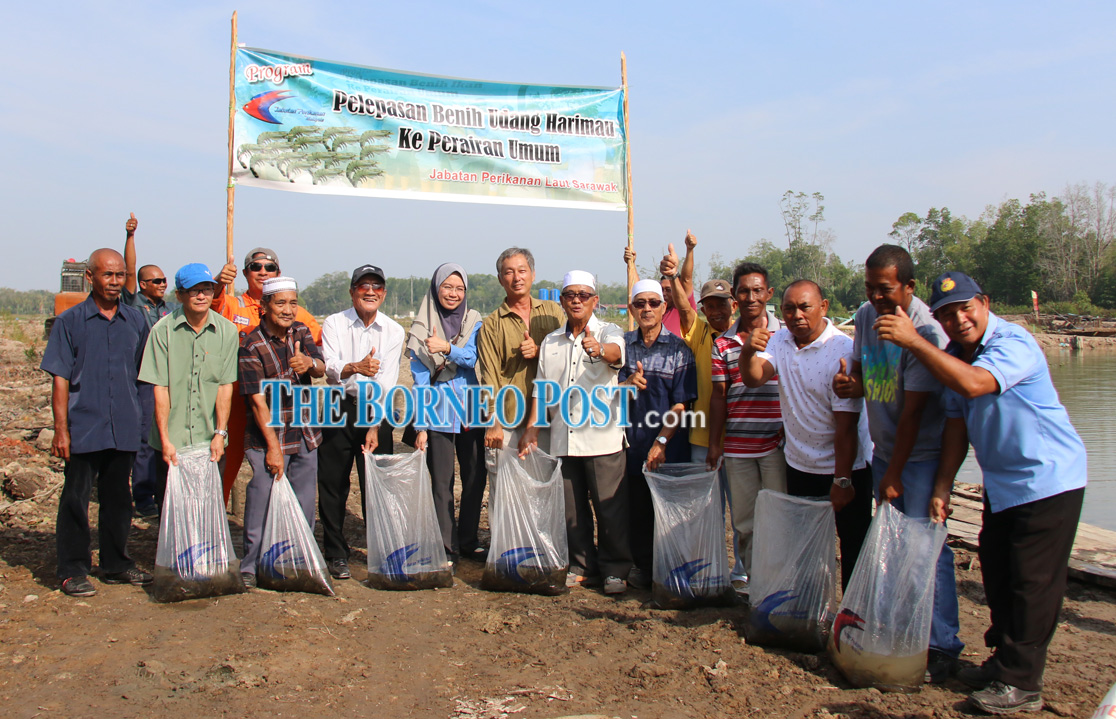 Norasmah (front, fifth left) and Hii, on her left, join others in a group photo-call before the release of the prawns into Sungai Selumit.

The department’s Region II chief Norasmah Mantali and Hii Hieng Ing – a participant of the ‘Aquaculture Guidance Project’ – joined Fisheries officers, community leaders, and fishermen in releasing the prawns into the river.

The programme is meant to increase the population of tiger prawns at Sungai Selumit specifically, and Belawai generally. 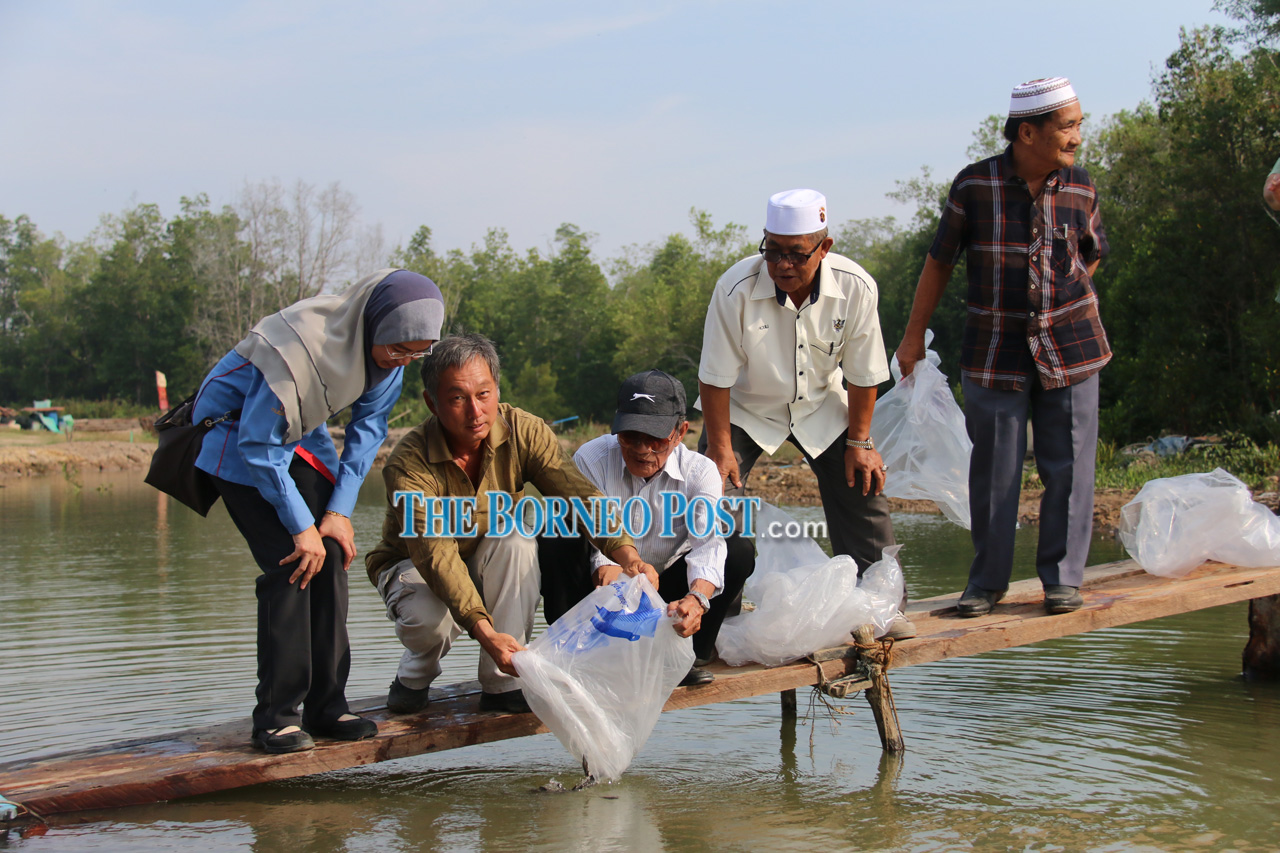 (From left) Norasmah watches Hii release the prawns into the river.

To an extent, it was part of the department’s efforts in preserving and conserving fisheries resources in Sarawak waters.

Meanwhile, Hii said he first got involved in prawn-farming in 1998 and went on with it until he stopped in 2011, when the prices of prawn dropped.

At the end of 2014, he became a participant of the ‘Aquaculture Guidance Project’ and in mid-2015, he picked up prawn-farming again. Since then, he has been operating at the same site in Selumit, Belawai.

The site belongs to the Fisheries Department Sarawak.

“At first, there were only eight ponds. Following some restructuring and upgrading works, right now, 10 ponds are operational.

“We are able to produce about 10 metric tonnes of prawns every year, provided that we are running in full swing and (the prawns) not experiencing any diseases or bad water quality,” he told reporters here.

According to him, his farm has about 1.5 million tiger prawns, the majority of which are meant for export.

“Not all prawns survive till harvesting time, though; probably between 70 per cent and 80 per cent would make it through each season,” he said, adding that the growth period of a tiger prawn is about six months.