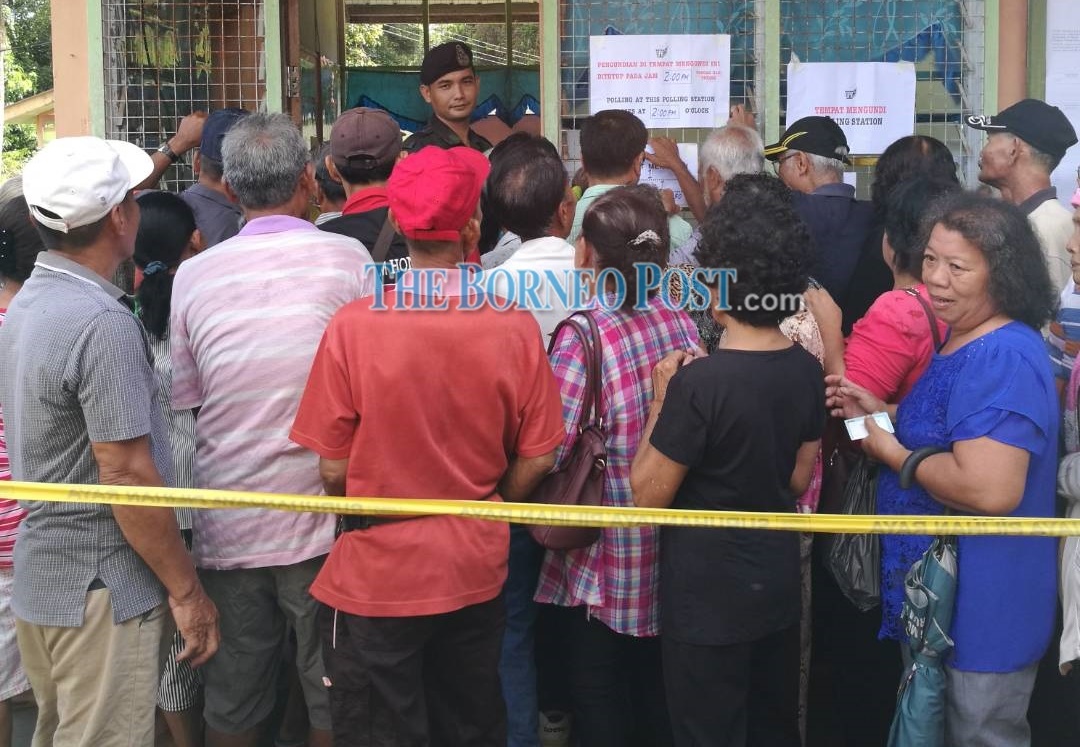 A policeman monitors the voters who are waiting for their turn to vote at SK Nanga Ngungun polling station in Kanowit during the 14th General Election held last year. – File photo

KUCHING: A group of non-governmental organisations (NGOs) has proposed that Malaysia moves away from the current first-past-the-post (FPTP) electoral system towards a system with party-list proportional representation (List-PR) seats.

The Coalition for Clean and Fair Elections (Bersih 2.0), Muslim Youth Movement of Malaysia and Gabungan Bertindak Malaysia hoped that the government and all political parties would embark on a national conversation on the matter.

“Our current first-past-the-post electoral system coupled with our multi-ethnic society encourages a winner-takes-all mentality among our political parties, producing political discourse that is extreme and divisive,” they said in an open letter.

The group said the new system would ensure a wide representation of parties in Parliament and eliminate their need to play up communal fears over internal division to mobilise votes.

They added that the List-PR seats system could also overcome the intra-coalition quarrels over constituency allocation so common under FPTP by allowing component parties to compete openly and healthily against each other via party votes, instead of resorting to sabotage and scheming.

“Not only can List-PR seats enable quotas for women and other marginalised groups, the direct mandate for parties instead of candidates can also strengthen political parties and discourage party-hopping.

“This would be in keeping with PH’s aspiration to build a more inclusive, progressive and prosperous nation,” they said.

Under the current electoral system, the political party or coalition that wins more than half the number of seats or with a simple majority in a legislature is declared the victor of the polls.

As for the proportional representation system, Encyclopedia Britannica explains it as an electoral system that seeks to create a representative body that reflects the overall distribution of public support for each political party.